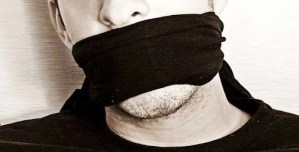 By Lawrence Davidson
The institutions of modern society, including governments, large economic structures, and military forces, are organized in bureaucratic fashion.

A bureaucracy is a form of organization that operates by means of a wide range of closely supervised departments capable of performing specific tasks in efficient ways. This division of labour, or specialization, is carried on according to well-defined rules and regulations.
Therefore, the workers in a bureaucracy (i.e. the bureaucrats) perform their tasks within a compartmentalized environment that narrows their focus to the task at hand. Potentially mitigating circumstances that might call into question the task set for the worker, or the rules governing its implementation, are almost always ignored.
The command structure of bureaucracies is hierarchical, or what is called a “vertical pyramid power structure.” This is how Max Weber, the great sociologist, describedthis topdown arrangement and its consequences:

The principles of … graded authority mean a firmly ordered system of superiority and subordination in which there is a supervision of the lower offices by the higher offices… Rational calculation … reduces every worker to a cog in this bureaucratic machine and, seeing himself in this light, he will merely ask how to transform himself into a somewhat bigger cog… [Such an institution’s] specific nature … develops the more perfectly the more bureaucracy is dehumanized.

Out of this emerges a “bureaucratic mindset”. The bureaucrat is supposed to think of his or her assigned task and how best to accomplish it. That is what is meant by “staying with the programme”. The bureaucrat is not supposed to think why the task has been assigned or what its implementation might broadly mean. Like the task itself, thinking too becomes detached from any context but that generated by the bureaucracy. This attitude is reinforced by the fact that responsibility is also compartmentalized. As long as one pursues the task efficiently, according to prescribed procedure, one is acting responsibly. Through this approach, it becomes difficult to hold any particular bureaucrat responsible for the overall impact of a policy. The task of implementation is too fragmented.

No institution is a better fit for the bureaucratic structure than the military. It is a model for Weber’s “firmly ordered system of superiority and subordination in which there is a supervision of the lower offices by the higher offices”. Work goes on within a compartmentalized environment structured by rank and myriad rules and regulations. Action is focused on fulfilling specific orders, normally without reference to outside consequences.
As a result, within the military bureaucracy thinking must always be within the box, which means it is done within the institution’s set thought-collective. Indeed, given the military’s particular environment, one that strives to shape the thought as well as the action of its participants, thinking can take on near totalitarian constraints.
The following scenario reflects this reality. Imagine a room in which two privates sit discussing some mission-related issue. Between them there is an equality of rank and so the discussion can be relatively candid. In walks a sergeant, who joins the discussion. The sergeant’s opinion can immediately supersede those of the privates and end the discussion. We can repeat the scenario using two sergeants joined by a lieutenant or two lieutenants joined by a captain, and so on up the line.
It is rank that carries the power to decide mission-related issues and not necessarily knowledge or even experience. And, once the decision is made, the senior officer’s version of reality cannot be challenged except by someone of superior rank. His or her orders must be obeyed even if a subordinate can reasonably predict disaster as a result. Thinking outside the box, and then acting on the resulting unauthorized thoughts, opinions and conclusions, is the bureaucracy’s equivalent of criminal behaviour.
At first it seems surprising just how few people in the military challenge its thought-collective. Today there are about two and a half million individuals in the US military (including the reserves), and the number incarcerated in military prisons with a sentence of one year or longer is (using 2007 numbers) 1,089. Relative to the incarceration rate in the US civilian society, this is remarkably small. The percentage of this number that represents the willful disobeying of orders (rather than the usual criminal acts such as assault or theft) is smaller still.
While at first this might seem surprising, on second thought it is not. The military is not a democracy. It is the closest thing we have to a successful version of George Orwell’s 1984. The restrictive thought-collective is reinforced not only by a rigid hierarchical culture of obedience but also by carefully cultivated peer pressure. Someone who breaks out of this “box” and does so for reasons of conscience is a rare individual indeed.

The case of Bradley Manning

Private Bradley Manning is just such an individual. I first wrote about Manning in August of 2010, and here is how I described him and his situation:

Bradley Manning was an army intelligence analyst with US forces in the Middle East who became deeply disturbed by what his job revealed to him. Essentially, it made him a front row witness to what he described as “incredible things, awful things”. This primarily entailed the careless killing of innocent civilians. As an act of conscience, he gave to the website WikiLeaks over 200,000 classified documents as well as a graphic video showing an attack on Iraqi civilians.

Manning confirmed his status as a prisoner of conscience in a statement he read at a pre-trial hearing on 2 March 2013. In the statement he described how (1) the high number of civilian deaths in Iraq, (2) the stubborn refusal of army authorities to admit to and deal with this issue, and (3) the lack of US media coverage of all this “collateral damage” disturbed and “emotionally burdened” him. His response was to release the material noted above. He continued in his statement to say:

I hoped that the public would be as alarmed as me about the conduct of the aerial weapons team crew members [this refers to a particularly egregious army helicopter attack on civilians recorded on video tape and leaked to WikiLeaks – see video below]. I wanted the American public to know that not everyone in Iraq and Afghanistan are targets that needed to be neutralized, but rather people who were struggling to live in a pressure cooker environment of what we call asymmetric warfare. After the release I was encouraged by the response in the media and general public.

However, the US military has shown no serious concern about what its soldiers have done, and continue to do, to civilians in the Middle East. This is because those soldiers have acted in ways compatible with the bureaucratic rules of the organization they serve. Under these conditions the killing of civilians, no matter at what frequency or number, is deemed accidental as long as the soldier follows the military’s self-prescribed “rules of engagement”. Having done so, civilian casualties become “collateral damage”. Therefore, no one is culpable. It is, of course, possible to force the military to change its behaviour by making “collateral damage” so distasteful to the US public that it becomes a political problem that civilian leaders must address. That is exactly what Bradley Manning was trying to do.

That is why the military has shown dramatic concern over what Bradley Manning has done. He has gone outside the box. He has broken free of and actually publicly challenged the military’s thought-collective. Since the Vietnam War the US military has eschewed the draft and embedded the journalists, so as to minimize public awareness of battlefield realities. They are not now going to let one private with a conscience bring public revulsion down on their heads. So, they have accused him of “aiding the enemy” and hope to send him to jail for the rest of his life. They hope this will be a lesson that prevents others from following in Manning’s footsteps.
It is the leaders of the military bureaucracy, and not the out-of-step private, who will probably succeed in this contest. That is because Manning’s hope that the data he released might “cause society to re-evaluate the need or even the desire to engage in counterterrorism and counterinsurgency operations that ignore the complex dynamics of the people living in the affected environment every day” has, to date, failed. Why so?
There are some US citizens who see Manning as a hero (I am one of them), and some who see him as a traitor. Manning’s target population was and still is all of the rest. Yet the sad truth is most of this remainder doesn’t care much about Manning’s fate and will, in the end, accept the government’s verdict on him. This is how I reasoned out the situation back in 2010, and I think my conclusion is still sound. On the assumption that most people are locally focused and apolitical, I conclude that this vast majority are unconcerned about the Manning case because it seems not to touch their lives. And, on the assumption that the government and its allied mass media control the information flow, I conclude that most of the minority who are aware and concerned share the official view that Manning is a traitor.
That leaves a minority of the minority who are aware of the significant implications for justice and human rights involved in this case; who are aware of the broader contextual circumstances that led to Manning’s actions and the implications for future US international relations implicit in those circumstances. The prediction that this minority of a minority totals “millions,” as some suggest, is almost certainly an exaggeration. However, whatever the number of his sympathizers, it is far less than is needed to either obtain justice for Manning or save the United States from its own criminal policies.