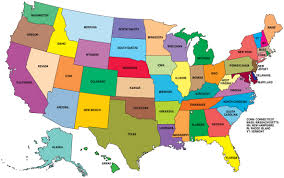 The updated 2016 Roots historical chronicle finally got it right. Africans have resisted European/American terrorism from the moment it reared its ugly head to present day struggle against state sponsored police murders of African peoples. The current version of Roots reminds us that beheadings, lynchings, rapes, kidnappings, selling children, working and boiling people to death did not start with ISIL — these perverted and psychopathic practices constituted the building blocks of the American empire.  The carnage in Orlando bleeds our hearts with the senseless murder of many innocent lives.  Our rapacious thirst for lethal weapons spells future dooms. Yet, we march on desensitized to the violence and injustice in our nation and world.

We seem to be truly bewildered when blood flows on the streets of America. Often, some of these incidents of late, can contextually be linked to murderous US foreign policy adventures in the Middle East. Malcolm X would have noted that US foreign policies have resulted in “chickens coming home to roost.” The ability to contain violence in foreign theaters has become an unattainable goal for the Empire. Therefore, everyday citizens are now targets of combat. Whether the latest mass murderer is insane or not, what is clear is that US citizens must decide whether they will allow murder and plunder across the globe to continue in their names. And, perhaps, more importantly, whether they are prepared to accept the consequences.  Certainly one does not want to wade into the quagmire of comparing tragedies but to completely ignore the validity of other massacres and the loss of other lives seems to compound the tragedy.

The news media has framed the latest massacre in Orlando as the largest mass murder in US history. Some members of the media with a measure of intellectual integrity will add that the Orlando Massacre is the largest “post 911.” Regardless, human beings lost their lives and communities are in mourning.  However, historical…