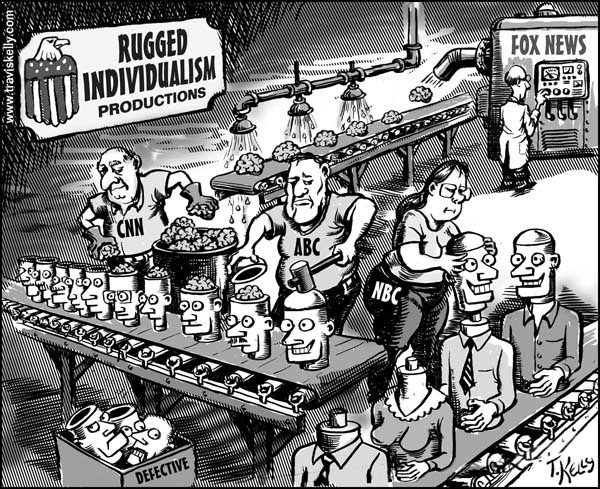 In 1957, President Eisenhower addressed the US public:

“Should a nation which attacks and occupies foreign territory in the face of United Nations disapproval be allowed to impose conditions on its own withdrawal? If we agreed that armed attack can properly achieve the purposes of the assailant, then I fear we will have turned back the clock of international order.

If the United Nations once admits that international disputes can be settled by using force, then we will have destroyed the very foundation of the organization and our best hope of establishing world order. The United Nations must not fall. I believe that in the interests of peace the United Nations has no choice but to exert pressure upon Israel to comply with the withdrawal resolutions.” [1]

Eisenhower was referring to the 1956 Suez crisis, when France, Britain and Israel invaded and occupied the Suez canal, parts of the Sinai and Gaza. Gamal Abdel-Nasser, the charismatic and Pan-Arab leader of Egypt, had nationalized the Suez Canal on the 26th of July 1956. This especially antagonized Britain and France, and France was already wary with Nasser over his support of Algerian fighters. As scholar Avi Shlaim writes, on the 24th of October 1956 in Sevres, France, Britain and Israel met for secret talks to plan to attack Egypt. The goals included capturing the Sinai and Suez Canal, as well as toppling Nasser’s government.

And on 29 October, Operation Kadesh began with the invasion of the Sinai by Israel.

The US’s role and sanctions

The United States submitted a draft resolution to the Security Council on 30 October, calling upon Israel “immediately to withdraw its armed forces behind the established armistice lines”. However, France and Britain vetoed the resolution. The matter was then transferred to the General Assembly. The next day, the General Assembly adopted, on the proposal of the United States, resolution 997 (ES-I), calling for “an immediate ceasefire, the withdrawal of all forces behind the armistice lines and the reopening of the Canal.”

However, it seemed that the invading powers did not want to budge. Israel refused to withdraw from Gaza and from the Sinai, and Britain from the Suez. President Eisenhower threatened sanctions against Israel, but was thwarted by the pro-Israel lobby in Congress. Eisenhower demanded throughout January and February of 1957 that Israel withdraw from the Gaza strip.

Finally, it was the threat of sanctions that forced Israel in March 1957 to withdraw. Eisenhower threatened that the US would cut off all private assistance to Israel, which amounted to $40 million in tax-deductible donations and $60 million annually in the purchase of bonds. He would also terminate shipments of agricultural products and all military assistance, including deals already in the pipeline. He canceled export licenses for the shipment of munitions or other military goods. The threat of sanctions in the form of a resolution to the UN requiring the termination of all aid to Israel by UN members if it failed to withdraw was also decisive. Similarly, to force the British to pull out, the US administration withheld financial aid and applied an embargo on American oil.

Not the first time

In January 1952 the Truman administration threatened to withhold economic assistance if Israel did not replace its guards along the Jordan river, who were known to be particularly violent, and Israel complied. In 1953, Israel began to construct a canal near the B’not Yaakov bridge which would divert water from the Jordan river into Israel. The canal was being constructed in a demilitarized zone, and violated the armistice agreements. Israel had done something similar in 1951 when it drained another lake that was part of the Jordan River system, and was also in the demilitarized zone. In October 14-15 of 1953, Israel raided the Jordanian village of Kibya. This seemed to be the last straw for the Eisenhower administration. The UN Security Council strongly condemned Israel for the Kibya raid (with no veto by the US) and the State Department confirmed publicly they had suspended the $26 million of allocated Mutual Security Act funds. Israel then agreed to stop work on the diversion canal, and the US approved payment of the funds that were suspended.

What we can learn

On the 18th of July, a number of lawyers, academics, politicians, Nobel Peace Laureates and activists published an open letter calling for an arms embargo against Israel. This came after Israel’s attack on Gaza, where the death toll has now reached 1000 people, with the UN reporting that over 70% are civilians. Thirty-seven Israelis have been killed, 35 of them soldiers.

This is Gaza’s third major bombardment in 6 years. The Goldstone report, published in September 2009, found both Israel and Hamas guilty of war crimesduring the 2008-2009 war on Gaza. Yet nothing was done, and Israel is once again acting with impunity. This is in addition to its brutal occupation over the West Bank, the Gaza Strip and East Jerusalem for over 47 years, where there have been a steady stream of documented cases where unarmed Palestinians were shot at at military checkpoints and outright assassinations of Palestinians activists and leaders.

This military regime is supported by external allies. From 2009 to 2018, the US is set to give Israel $30 billion in military aid, which is then used to purchase arms from the US. Many European countries have also exported billions of euros’ worth of weapons to Israel. For example, since 2002, there has been more than 4 million worth of trade of anti-tank guided missiles between Finland and Israel. Israeli sales of weapons and military systems was worth $7.5 billion in 2012, and Israel ranked6th on the list of world largest arms exporters, ahead of China an Italy.

This is alarming in more than one way. Arms deals with Israel strengthen its military rule and, moreover, show tacit approval of its illegal actions in the Occupied Palestinian Territories.

Thus, while the UN has said that Israel may be guilty of war crimes in this current attack on Gaza, and on the 23rd of July 2014, after two weeks of relentless shelling of the Gaza Strip by Israel, the UN Human Rights Council established an international, independent commission of enquiry “to investigate all violations of international humanitarian law and international human rights law in the Occupied Palestinian Territory and concluded its Special Session on the human rights situation in the Occupied Palestinian Territory, including East Jerusalem”, one has to wonder how effective these measures will be with no international muscle to hold Israel to account.

Thus, in 2011, the Palestinian BDS National Committee issued a call for a comprehensive military embargo on Israel. This would prevent any and all forms of military trade with Israel. Considering the extent of Israel’s arms industry, this is the most effective way to force Israel to comply with international law. We should learn from history, and impose military sanctions on Israel until it complies with its international obligations. It worked before, and it can work now.

1. “The Changing U.S. Position on Palestinian Self-Determination and the Impact of the Iran-Contra Scandal” by Sally V. Mallison and W. Thomas Mallison in Journal of Palestine Studies, Vol. 16, No. 3 (Spring, 1987), p. 111.