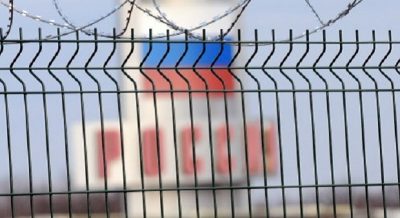 Latvia is presently building a metal fence, 90 kilometres long and 2.5 metres high, along its frontier with Russia. It will be finished before the end of the year, and will be extended in 2019 along more than 190 kilometres of the frontier, for a planned cost of 17 million Euros.
A similar 135 kilometre fence is being built by Lithuania along its frontier with the Russian territory of Kaliningrad.
Estonia has announced the impending construction of a wall, also along the frontier with Russia, 110 kilometres long and also 2.5 metres high. Planned cost – more than 70 million Euros, for which the Estonian government intends to ask for finance from the European Union.
The objective of these walls, according to goverment declarations, is to “protect the exterior frontiers of Europe and NATO”. If we leave aside for a moment the idea that they need to be “protected” from massive migratory flows from Russia, there is only one motive left – the exterior frontiers of the EU and NATO now need to be “protected” from the “Russian menace”. 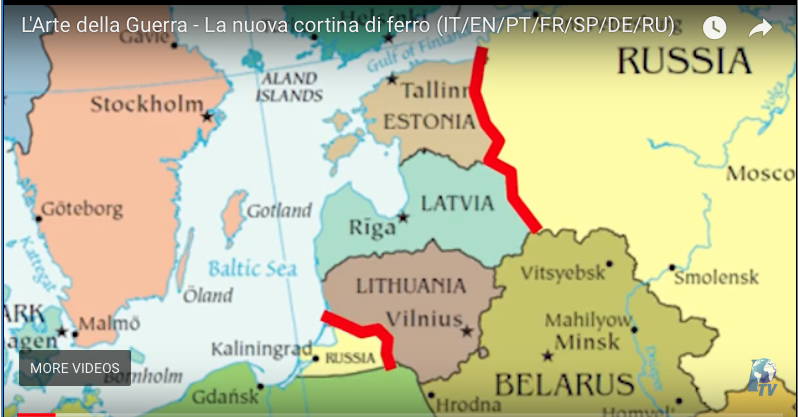 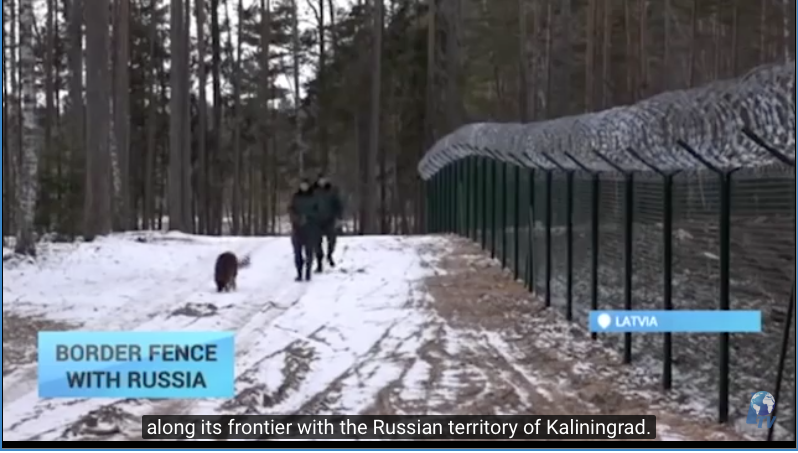 The Euro-Russian Crisis: Dialogue vs. Military Escalation. The Dangers of World War III

Since the fences built by the Baltic countries along their frontiers with Russia have a military efficiency approaching zero, their objective must be fundamentally ideological – a physical symbol that just beyond the fence, there lurks a dangerous enemy who is threatening us.
In this context, the President of the Italian Republic, Sergio Mattarella, visited Latvia twice – the first time in July on the occasion of his tour of the Baltic countries and Georgia. Then, at the official dinner in Riga, he congratulated Latvia for having chosen “integration with NATO and the European Union” and for having decided to “adopt the model of an open society, founded on the respect of the rule of Law, democracy, and the central place of human rights”.

Source: PandoraTV
He addressed this comment to Latvian President Raymond Vējonis, who, in April, had already approved the project for a law forbidding the teaching of Russian in Latvia, a country whose population is composed of almost 30 % of ethnic Russians, and where Russian is the main language of 40 % of its citizens. A liberticide measure which, by forbidding multilingualism – which is recognised by the European Union itself – will later discriminate against the Russian minority, accused of being ” Russia’s fifth column”.
Two months later, in September, President Mattarella returned to Latvia to take part in an informal summit of the heads of state of the European Union, where, amongst other subjects, they dealt with the theme of cyber-attacks by “states which have a hostile attitude” (a clear reference to Russia).
After the summit,the President of the Republic visited the military base of Ᾱdaži, where he met with the Italian contingent included in the NATO battle group deployed in Latvia as part of the “advanced forward presence” at the frontiers with Russia. “Your presence is an element which reassures our friends from Latvia and the other Baltic states”, he declared – words which substantially bolster the psyop by suggesting that there exists a threat from Russia to the Baltic nations and the rest of Europe.
On 24 September, Pope Francis will also be arriving in Latvia on a visit to the three Baltic countries. We don’t yet know if, by repeating “we must build bridges, not walls”, he will have something to say about the new iron curtain which divides the European region and is preparing people’s minds for war. Or whether in Riga, laying flowers on the “Monument to Freedom”, he will demand the freedom for young Russian Latvians to learn and use their own language.