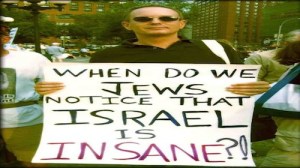 Liberalism, framed as a socio-political ideal, argues that human beings are good and social progress achievable. It is a “glass half-full” outlook.

Within this paradigm all individuals, not just members of a specific religion, race or nationality, should have political and civil rights. Here also neither the state nor the law is an end in itself. They are instruments for the creation and maintaining of an environment meant to promote freedom while minimizing social inequalities.

Holding this ideal does not preclude identifying with a particular ethnic or religious group. It does, however, preclude any claim of exclusive rights for such groups to the detriment of others.

Within the Western environment many Jews held to this liberal ideal. They saw it as in their interest to work towards an environment of universally applied political and civil rights while minimizing social inequality.

…after the Arab-Israeli war of 1967… many civil rights leaders in the US noticed that Israel was… designed exclusively for one group and discriminated against those who were not members of that group.

For instance, by the mid-20th century in the United States, many Jewish organizations were allied with African Americans in their struggle for civil rights and equality.However, this proved to be a complex alliance and it ultimately broke down. Its demise marked a waning of organized American Jewish liberal activism. What had happened?

Part of the answer became apparent after the Arab-Israeli war of 1967.At that time many civil rights leaders in the US noticed that Israel was not, after all, a very liberal society. It was designed exclusively for one group and discriminated against those who were not members of that group. When this became a subject of concern and debate within the civil rights community, many Jewish organizations broke with the movement and its struggle.

How about Jewish liberal individuals? They were now confronted with one of three choices: (1) retain a principled adherence to the liberal ideal and cease their uncritical support of the Zionist state, (2) renounce the liberal ideal and continue their whole-hearted support for illiberal Israel, or (3) become quiet in public while fretting in private about the evolving racist nature of Israel. It seems many of them took the third option.

Given this history, it is simply wrong to think of the present dilemma faced by Jewish liberals over Israeli behaviour as something new.

So-called liberal Zionists such as Peter Beinart, Amos Oz, Ari Shavit and Jonathan Freedland have certainly known for decades that the notion of civil and political rights for Jews and non-Jews equally was not an aim of the Zionist movement and therefore stood little chance of shaping the behaviour of the Israeli state.

Yet here we are, following three massive invasions of Gaza and its inhumane blockade, repeated massacres of Palestinian civilians going back at least as far as Israel’s “war of independence”, decades of continuous land theft and illegal settlement, and more than 60 years of an Israeli-inspired police state environment on the West Bank, confronting a suddenly newsworthy liberal Zionist dilemma.

One argument given to explain this belated display of liberal Zionist angst is that only recently have such individuals decided that the two-state solution is in real jeopardy. As this argument goes, as long as a two-state solution was possible, liberal Zionists could hope for the realization of both Jewish and Palestinian political and civil rights within their respective two states.

The Zionist movement is, if you will, circling their wagons and no longer finds liberal complaints tolerable, even in private. They want everyone out there saluting the Israeli flag.

But this explanation is misleading. It is incorrect to think of the two-state solution as only recently at death’s door. In truth, if this solution was ever alive and possible (which is questionable), it was killed off the moment Menachem Begin lied to President Jimmy Carter about the granting of progressive “autonomy” to the Palestinians. That was 1979. That otherwise quite knowledgeable Zionists as those mentioned above did not know this is hard to believe.

So why is this liberal dilemma an issue now?

A more accurate answer might lie with changing public opinion. It has only been in the last 10 years or so that the Zionist storyline on the Israeli-Palestine conflict has lost its monopoly. In that same time frame the boycott movement has also become a worldwide affair. As Israel’s illiberal character becomes more public, option 3 noted above becomes harder to maintain. As Jonathan Freedman tells us in his New York Review of Books article, “The liberal Zionists,” these folks are now attacked from all sides. The Zionist movement is, if you will, circling their wagons and no longer finds liberal complaints tolerable, even in private. They want everyone out there saluting the Israeli flag.

The Israeli author and columnist Ari Shavit shows us where these extreme nationalist pressures will likely lead those still trying to square the circle of liberalism and Zionism. In his recent book, My promised land, he writes,

The choice is stark, either reject Zionism [the Zionist state of Israel] because of Lydda [an example of the massacre of civilians by Israeli forces], or accept Zionism [the Zionist state] along with Lydda… If need be, I will stand by the damned. Because I know that if it wasn’t for them, the state of Israel would not have been born… They did the dirty, filthy work that enables my people, myself, my daughter and my sons to live.

So much for the liberal ideal.

In truth, the term “liberal Zionist” has never made much sense. The only way to explain its survival is to consider the survival of the Zionist storyline itself – the story of Israel as a democracy upholding the Western model in the Middle East. As long as one believed that this was true, one could dismiss Israeli brutality as just occasional slippage from progressive political and civil principles supposedly underlying the state. Within this context, there could be liberal Zionists privately decrying occasional Israeli bad behaviour.

But the Zionist storyline was not true. We never were dealing with just occasional slippage but rather with the inherent brutality of a state with policies and practices designed to bring about racist ends (a nation exclusively for one group) – while conjuring up a remarkably durable cover story that it was, after all, a liberal democracy.

The Israeli right, as well as the Palestinians, always knew the cover story was a sham. Now, with the recent Gaza slaughter, much of the rest of the world does too. That public unveiling, along with the Zionist demands for uncritical loyalty, leaves the liberals in a wholly untenable situation.

You simply cannot adhere to the principle of universal civil and political rights and, at the same time, support a Zionist state. To do so is to involve oneself in a contradiction.

The liberals are being forced to face this fact. And, as this happens, they will have to make a real choice: cease being Zionist or cease adhering to the liberal ideal.

I suspect that, along with Ari Shavit, most of them will decide to “stand with the damned”.