Home » Post Page » The History of Yugoslavia: Srebrenica and the Ratko Mladić Verdict 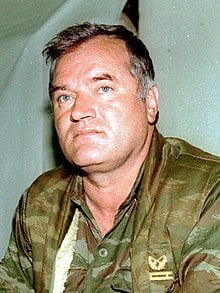 While Zimbabwe was changing under various inexorable forces of power, the more sterile surrounds of The Hague and the International Criminal Tribunal for the Former Yugoslavia offered the scene for a conviction.

The “Serb Warlord” or the “Butcher of Bosnia”, as he has been termed in various circles, had finally received a verdict few were doubting. One of the doubters was, naturally, the man himself, Ratko Mladić, who accused the judicial officers of incurable mendacity.

Of the 11 charges levelled at Ratko Mladić, he was acquitted of one – genocide in Bosnian municipalities outside Srebrenica. Others covered genocide, war crimes and crimes against humanity which took place while he was Chief Commander of the Army of Republika Srpska between 1992 and 1995 in Bosnia and Herzegovina.

Judicial deliberations are rarely the stuff of fine history. Verdicts are, by their very nature, judgmental, giving false finality and coherence to muddy narratives. In the Balkans, muddy narratives have met and parted; others have been forged in the blood of memories constructed and confected.

Bodies have been heaped over these generational accounts – the wars, the murders, the ecstatic patriotism and genocidal enthusiasm, and in time, the descendants pursue the task, less of living for the future than inhabiting the unchanging past.

The politicians have been attempting to make do with the verdict. The Serbian president, Aleksandar Vučić, is mindful that anything less than solemn acceptance of the ruling is bound to be met with stares of disbelief throughout Europe. This is hardly the view within the Bosnian Serb entity of Republika Srpska.

“I would like to call on everyone [in the region] to start looking into the future and not to drown in the tears of the past… we need to look to the future… so we finally have a stable country.”

Stability, that cherished dream, an ambition long frustrated in the region, and ever precarious.

Bosnia itself is a divided creature barely on political life support. Rather than promoting reconciliation, one of the proclaimed aims of the ICTY’s judgments, the opposite is true. Ed Vuilliamy, who spent much time covering instances of camp brutality and atrocity during the Yugoslav wars insists that Mladić may have lost his case, but won, at least in a part of Bosnia.

His consternation is the customary one that insists that Serbia and Serbian policies should have been brought to the fore as culprit and villain, rather than atomised through individual verdicts. Again, such are the limits of law and its false didactic worth.

“for all the back-slapping by human rights organisations and lawyers, there is a dark cloud under which the majority of those who survived Mladić’s hurricane of violence etch out their lives, and that shrouds the memory of those killed, or are still ‘missing’.”[1]

“By not reacting on time to stop mass crimes being committed, Western leaders sent a message to everybody in the world that it is OK to kill other people, and to promote dangerous, ultranationalist ideas.”[2]

With little surprise, survivors of the conflict find little in terms of satisfactory proportion. Sead Numanović of the Sarajevo daily, Dnevni Avaz, felt “some kind of emptiness.” Ajša Umirović went so far as to see such a verdict as futile.

“Even if he lives 1,000 times and is sentenced 1,000 times to life in prison, justice would still not be served.”[3] That’s what losing 42 relatives to massacre does.

As with all matters to do with trauma, memory lingers as poisoned, selective and singular. It banishes other accounts and plights, becoming self-referential, a sort of infirmary consciousness. These sufferings and tendencies are not confined to the Bosnian Muslims.

When Yugoslavia fractured in the spirit of hypernationalism, it split the groups making up the entity. Jungle retributions, territorial seizures, expulsions, took place as a matter of historical account keeping. Elephantine memories were triggered and enacted upon.

Mladić insisted on purging the old remnants of the Ottoman Empire, a historic mission he dedicated himself to with conspicuous enthusiasm. He was fortunate to be quick off the mark in the aftermath of the independence referendum held by Muslims and Croats. Others, given the same opportunity, would have exploited it, given the men and material put at his disposal.

That the main fighting, slaughter and ethnic cleansing took place in Bosnia on, it is important to note, all sides, is a point judgments of law can only imperfectly consider. What rendered the killings in Srebrenica so fundamental was the scale and avid dedication of the butchers – some 8,000 Muslim men and boys dispatched – and the question of abandonment by the international community.

Mladić himself furnished a sense of how the law remains, in some instances, the least capable of resolving what are, essentially, social and political problems that linger with vicious obstinacy. “I am here,” he told a pre-trial hearing in 2011, “defending my country and people, not Ratko Mladić.” He is far from the only one to persist holding this view, nor will he be the last.

The History of Yugoslavia: Srebrenica and the Ratko Mladić Verdict