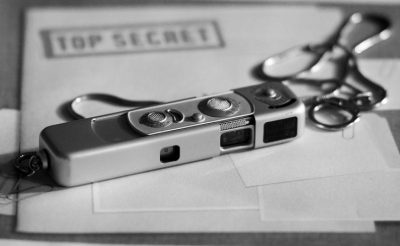 The history of the US Central Intelligence Agency is replete with numerous examples of political assassinations, not only in the US, but also of leaders of countries Washington disagrees with. So today, the CIA has actively begun developing various methods for the deliberate elimination of the US’s newest political opponent, North Korean leader Kim Jong-un, involving not only special forces in this task, but also the special services of countries that cooperate closely with the CIA.

Evidence of this, in particular, can be found in the  the country’s defense budget for 2018, officially laid out by the South Korean government; the cost of eliminating North Korea’s leader Kim Jong-un. These funds will be spent on training and equipping a special “decapitation unit” dedicated to the North Korean leadership, the creation of which became known on December 1. The squad will include about one thousand commandos, whose task in the event of a war will be to find and kill Kim Jong-un and other top leaders of the neighboring state.

As a source in the Ministry of Defense of the Republic of Korea told the newspaper Korea Herald, the squad’s special equipment will include drones, suicide bombers, reconnaissance drones and even heavy grenade launchers. The structure and training plans of the squad are classified, but according to the information of the South Korean media, the soldiers of the new squad will train according to methodology used by the US special purpose team SEAL Team Six, which [allegedly] assassinated Osama bin Laden.

At the same time, it should be remembered that an attempt to create a special squad in South Korea in 1968 with similar goals ended in tragedy. At the time, 31 South Korean criminals were promised a pardon if the squad they formed killed Kim Il-sung. The group underwent intensive training, during which three people were killed, and in the end they were sent on rubber boats to the DPRK, but halfway were recalled. The prisoners were not released, the exhausting training continued, and the date of the new operation was set. In 1971, members of the squad rebelled, killed their instructors, tried to get to Seoul and, when they were blocked by the army, blew themselves up with grenades. The four survivors were later executed. In 2003 the South Korean film “Silmido” was made about this tragic episode.

Such radical plans to get rid of political opponents are hardly surprising, especially when these plans are developed and supervised by the CIA, which is adept in these matters. And it’s no wonder that even the director of the US Central Intelligence Agency, Mike Pompeo, spoke in October at the Foundation for Defense of Democracies forum in Washington, saying that if the CIA liquidates the leader of the DPRK, Kim Jong-un, he would not acknowledge involvement of American agents in the assassination. 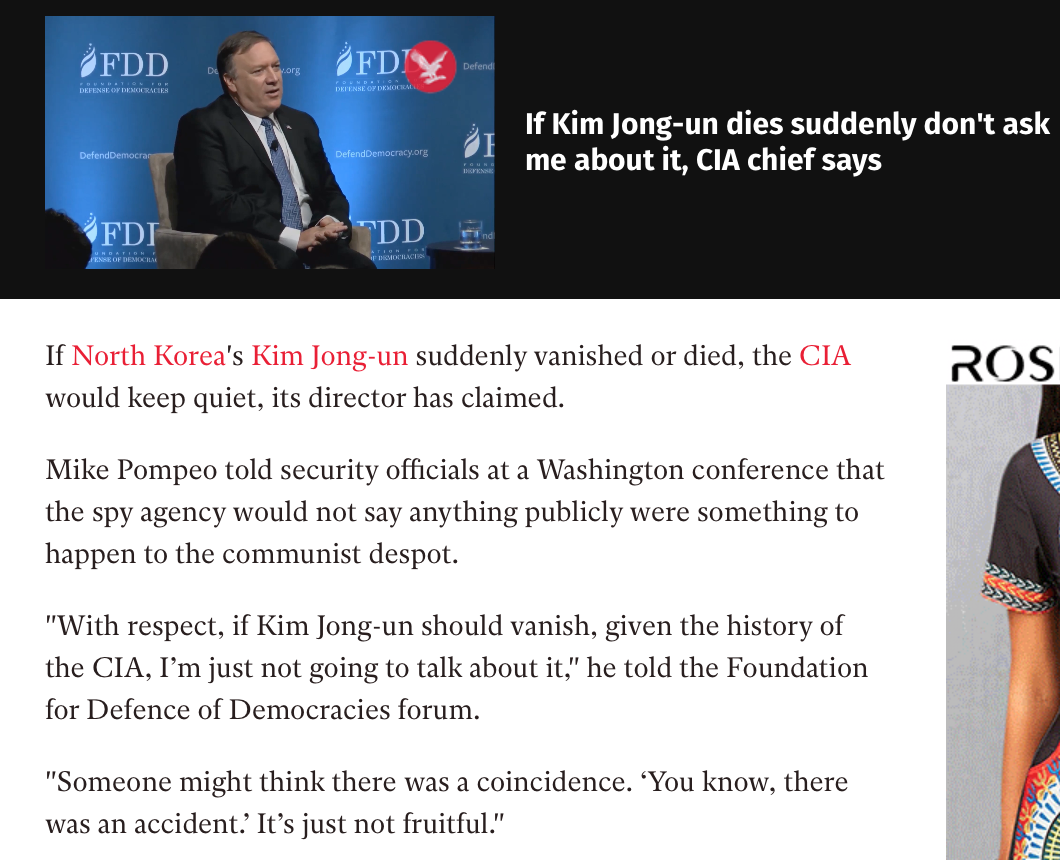 “Scientific Assassinations” Are Part of the CIA’s Modus Operandi

Everyone knows that in order to maintain their dominance, the US stops at nothing, including the murders of undesirables. During the 50s and 60s, they killed the largest number of foreign leaders and public figures who were fighting not for communism, but for their countries’ national independence. Then came a certain lull, connected both with the policy of “detente” and with scandalous exposures of the CIA’s activities by the Senate Commission of F. Church in 1975. The committee’s conclusions about the illegal activities of American intelligence services (in particular, evidence of murders and numerous attempts on the lives of foreign statesmen) led to the adoption by US President J. Ford of an order banning “officially sanctioned” murders of foreign leaders. However, in 1981 this presidential decree was overturned by Reagan, and the list of victims began to grow rapidly once again.

After numerous media discussions, longstanding interest is not letting up in the secret of VenezuelanPresident Hugo Chávez’s fast-developing infection and subsequent death with a new form of biological weapon: a cancer virus and the American special services’ involvement in this.

However, another highly strange and inexplicable fact (other than the special operation of the US special services), is that, besides Hugo Chavez, a number of other Latin American leaders, clearly disliked by Washington, “unexpectedly” fell ill with cancer all at the same time. Among them were Argentine President Nestor Kirchner (succeeded by Christine Kirchner), Brazilian President I. Lula da Silva (after whom Dilma Roussef came to power), and Paraguayan President Fernando Lugo(who was overthrown during the CIA’s coup d’état in 2012; shortly thereafter he was diagnosed with cancer). It is also curious that after the conservative and pro-American president of Colombia, Juan Manuel Santos, began peace talks with the partisans of the Revolutionary Armed Forces of Colombia (FARC), he also “unexpectedly” contracted cancer.

Venezuelan writer Luis Brito Garcia counted more than 900 attempts on the life of Cuban leader Fidel Castro organized by the CIA. And in the last years of his life, Castro also suffered a mysterious oncological bowel disease, which struck him after the 2006 “People’s Summit” in the Argentine city of Cordoba.

It is also not unreasonable to cite WikiLeaks’ revelations that in 2008 the CIA asked its embassy in Paraguay to collect biometric data, including DNA, of all four presidential candidates. With knowledge of a person’s DNA code, it is easy to develop an oncogene for each individual. And if we assume that such data were obtained on the eve of the elections in Brazil, then Dilma Roussef’s cancer, contracted in 2009, fits perfectly into this theory.

So, in addition to forceful options for eliminating political opponents (as, in particular, happened with Iraqi leader Saddam Hussein or Libyan leader Muammar Gaddafi), it is unlikely that the CIA would be above infecting them with cancer viruses. Moreover, similar experiments have been conducted for a long time in the secret laboratories of the CIA, where they became a “military trophy of the American special services” based on the brutal concentration camp human experimentation of Josef Mengele, and before that “on the experience” of the American, Cornelius “Doctor Death” Rhoads. This pathologist from the Rockefeller Institute of Medical Research started work in Puerto Rico and became a “pioneer” in virtually all areas of the creation of new technologies for killing people, from chemical and biological methods to radiation. With funding from the Rockefeller Institute, he conducted experiments in Puerto Rico in the early 30s infecting people with cancer cells, which work was conducted inside a secret “Building No. 439″.

Is cancer the effect of a new weapon of the American intelligence agencies, fitting in well with the “modus vivendi” of the agonizing North American empire? We note only that the disease affected only those politicians whose political direction was contrary to the dominant position of the United States.

The US is on the edge of economic collapse and remains afloat only because it can launch a printing press to re-credit its economy, constantly growing its military budget and secret CIA operations. Therefore, it is entirely logical to assume that “the craftsmen of Langley” found new quick and inexpensive methods of effectively eliminating opponents. The most important advantage of these methods is that they leave no traces, are disguised as cancer or a heart attack and eliminate the possibility of exposure and direct liability.

The Illicit Drug Trade and the Global Economy: How Does the US Relate to the Drug Trafficking Business?

The Spectre of Torture: The Gina Haspel Hearings