Home » Post Page » The case for a new global paradigm 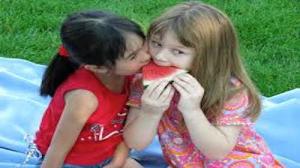 A new world system with sharing, sustainability and cooperation at its core

Well-informed, well-read and by nature compassionately optimistic, a dear friend recently expressed our collective concern: “I am more worried about the state of the world now than at any time in my lifetime.”

Given the fires raging throughout the world it is difficult to remain hopeful for the future of humanity or the planet. With the Middle East tearing itself to pieces, extremism and intolerance reasserting themselves and far right groups in a variety of countries gaining support and in many cases political influence, not to mention the worldwide environmental mayhem, man-made climate change (the most serious single issue facing us) and the suffering of billions of people living in suffocating poverty, these are indeed deeply worrying times.

The creation of a neutral, non-ideological space in which open-minded discussion can take place and develop was key to Occupy, and is crucial in encouraging a creative debate exploring alternative ways of organizing society, and crucially redesigning the outdated, defunct economic system

However, at the risk of being labelled a deluded dreamer, these are also times of tremendous opportunity: transitional times of pain and discord, potentially of growth and renewal as we inch forward, stepping cautiously out of the familiar and into the new and undefined, and begin to discuss alternative, more sane ways of living.

Throughout the world large numbers of frustrated and angry people have been coming together – peacefully marching and calling for change, with goals that are broad and often undefined, but heartfelt. Others in groups and forums discuss alternative ways of living together, a myriad of sharing schemes have sprung up facilitated by that miracle of the age, the worldwide web.

The Occupy Movement (unfairly criticized by those firmly rooted in the past for being vague and lacking positive suggestions), fuelled protests and occupations in 95 cities across 82 countries, including 600 communities in America. It is a phenomena which, although flawed, “lit a spark” described by Noam Chomsky as one that

changed the entire framework of discussion of many issues. There were things that were sort of known, but in the margins, hidden, which are now right up front – such as the imagery of the 99 per cent and 1 per cent; and the dramatic facts of sharply rising inequality over the past roughly 30 years, with wealth being concentrated in actually a small fraction of 1 per cent of the population.

The creation of a neutral, non-ideological space in which open-minded discussion can take place and develop was key to Occupy, and is crucial in encouraging a creative debate exploring alternative ways of organizing society, and crucially redesigning the outdated, defunct economic system. Change this, establish an economic system with sharing at its core, and see the flowering of justice, the cultivation of trust and the erosion of much social tension and anxiety.

Any movement for change evokes its opposite – it has always been so. And, as the people, particularly the young, cry out for a new way, for social justice and freedom, true democracy and the observation of human rights, the reactionary forces of the world resist and use all their powers (military, economic, media, etc.) to maintain the status quo that has served them so well.

One thinks of Egypt, Libya, Brazil and Turkey, to say nothing of the carnage that is Syria, as examples of repressive, brutal and in many cases criminal regimes that will do anything it seems to cling on to power and imprison the people, who they are constitutionally in office to serve.

From crisis to change

The crisis facing humanity is a crisis of values and, as such, could be rightly termed a spiritual crisis. Not in some vague, undefined manner, but a crisis revealing starkly clear choices between what we might describe as “spiritual values” of sharing, justice, tolerance and cooperation, and more purely materialistic ideals based on a strong identification with form, which promote selfishness, greed, consumerism and competition. It is not a religious crisis, although totalitarianism as manifest in fundamentalist religions is a poisonous part of the chaos, as totalitarianism more broadly is. It is a spiritual crisis focused in the political-economic spheres, and it is there, in the polluted world of corporate politics, that it must be fought and resolved.

It is a battle between those who see from left to right, and are wedded to ideologies that no longer serve humanity (if indeed they ever have), and those who long for a just world at ease with itself, free from ideologies, free from imprisoning ‘isms completely. Despite reactionary resistance and the seemingly inexhaustible ability to regroup and carry on (for example, the economic meltdown of 2009 which many thought was the dying cry of a system in its terminal phase), change and the emergence of a the new is inevitable. The time for social justice and freedom, denied to so many for so long, is upon us. The only issue is when fundamental change will occur, not if. Differing viewpoints on how change should take place and what a new society should look like are inevitable, and tolerance on all sides of the developing debate needs to be applied. Not everyone shares the same values, or holds them to the same degree; opinions vary as to what certain values mean and manifestly look like.

For change to be sustainable it needs to be gradual and carry the support of the majority, not the 51 per cent of 40 per cent of the voting population as is currently the case under our so-called democratic systems of governance. Few vote, particularly the young. Marginalized and uninterested, they distrust all politicians – ambitious men and women who, the world over, say one thing to gain power and do another when elected. The people are awake to their duplicity and in many cases despise them. Look not to the current crop of inadequate politicians: they lack vision, are ideologically constrained and on the whole are wedded to the past. Democracy is synonymous with participation and social responsibility, responsibility not just for oneself but for the wider community. As the Dalai Lama put it:

I believe that to meet the challenge of the next century, human beings will have to develop a greater sense of universal responsibility. Each of us must learn to work not just for his or her own self, family or nation, but for the benefit of all mankind.

The new ways, the ideas and the structures, will and must emerge from the people. This is already beginning to happen and augers well for the future.

Unity – a cornerstone of the new

The formation of pragmatic, common-sense solutions and ways of living is needed. Systems need to be built that meet the needs of the majority and are not designed simply to comfort and satisfy the wealthy elite. Economic and social models are required that encourage ways of living that broaden the notion of what it means to be a human being, allow for creative self-enquiry and natural happiness, and meet the basic needs of us all.

There are certain primary principles that should and will sit at the heart of the new systems, guiding and fashioning the reconstruction of society. The political, economic and social forms that fashion our societies need to be designed to encourage the realization of our human oneness, systems that  encourage cooperation instead of competition, that foster tolerance and unite people. Group work and sharing – of the world’s resources as well as knowledge and skills – will support the development of a sense of connectedness, facilitating relationship and unity.

Although politics is still largely driven by national self-interest there are encouraging signs of cooperation among nations (at least those with common concerns) and grassroot groups.

However, the all-pervasive neo-liberal economic system, and its ideals of greed, competition and personal ambition, has infiltrated all areas of society, strengthening divisions, isolating individuals and denying unity. Many of us within Western societies, and increasingly developing countries where globalization has invaded and homogenization begun, live what Noam Chomsky calls atomized lives:

people are alone, and not by chance. From the point of view of the power systems – business and government, the perfect social unit is a dyad, a pair consisting of you and your television set, not talking to anyone else… Huge efforts have been made to try to atomize the society (by the 1 per cent), implemented by economic changes that make it possible… And the result is a society of people who are pretty much separated from each other.

Globalization insists on uniformity, the forcing of society into a predictable, market-friendly, neatly packaged definable entity. Not united, but the same. All areas of life have been discoloured by this ideological principle, particularly education.

Within the classroom and lecture halls, the stench of competition and conformity pollutes the atmosphere, promoting inhibiting stereotypes, conditioning the pliable and drowning the sensitive. Inside this bubble, people, including children, are not seen as individuals with their own quirky idiosyncrasies but consumers (or potential employees if you happen to be in school or university), men and women, teenagers and children measured up and filed into a particular social and economic demographic. Individuality is stifled or at best assimilated; conformity insisted upon.

Ideological, systemic change which places sharing, sustainability and cooperation not competition and abundance at its heart, cultivates tolerance and encourages individuality not conformity, will help to break up the “atomized society”, building trust and social unity – unity rich with individual diversity.