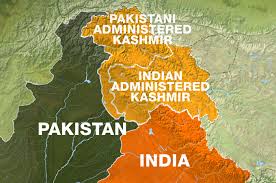 Unlike the past, the arena of aggression has changed. In the present era, besides subversive acts,

including other similar tactics to achieve its nefarious designs. For the purpose, the hostile

elements also buy the services of intellectuals, writers and activities who are vulnerable, and can

work for the enemy at the cost of their own nations.

In this regard, since the Global War on Terror started, the US, some western countries, India

to obtain their selfish interests. Particularly, the US, India and Israel are in collusion to weaken

Pakistan because it is the only nuclear country in the Islamic World. Their secret agencies

militant groups. While backing similar acts of sabotage in the province of Balochistan, these

agencies have also been assisting Baloch separatist elements. On the other side, a deliberate

sectarian differences between Arabs and non-Arabs, Sunnis and Shias.

Although there are a number of internal traitors within the Muslim countries, yet real character

of Tarek Fatah who is a writer, author and broadcaster needs special attention. Tarek Fatah,

a Pakistan born, Canadian national who has also remained in Saudi Arabia is suffering from

personality disorder. He is still trying to recognize himself and confirm his own identity.

In this context, Tarek Fateh has tried to conceal his real face by showing contradictions, but one

can note his anti-Islam and anti-Pakistan prejudice through his articles, statements, books and

changing loyalties. While playing in the hands of anti-Islam and anti-Pakistan forces, he has been

doing all this in order to get money and media coverage including popularity.

Tarek Fatah was born in November 20, 1949 to a Bombay-origin father in Karachi, Pakistan,

where his family had settled following the Partition of India. Fatah entered journalism as a

reporter for the Karachi Sun in 1970, and was an investigative journalist for Pakistani Television.

He left Pakistan and settled in Saudi Arabia.

In order to impress the Western world, Tarek Fatah not only claimed to pose himself as a secular,

progressive and liberal activist, but also went to the extent of distorting the image of Islam.

Fatah says, “I write as a Muslim whose ancestors were Hindu. My religion, Islam, is rooted in

Judaism; while my Punjabi culture is tied to that of the Sikhs…I cannot be considered a true

Muslim.” In fact, he is a confused Ahmadi.

Quite contrarily, in his book, Chasing a Mirage: The Tragic Illusion of an Islamic State, Fatah

enter the state of Islam. He suggests that the idea of an Islamic state is merely a mirage that

Muslims have been made to chase for over a millennium. It was due to his anti-Islam approach

Evidence suggest that notorious Tarek Fatah was deeply anti-Israel and anti-Semitic until 2006,

after which he was instructed by his masters to propagate against Shias, and to promote the

interests of the Saudi lobby—it is also evident in his support for the Saudi invasion of Bahrain.

Fatah who was a resident of Saudi Arabia for many years, after which his masters instructed him

to migrate to Canada and the US so as to exploit Sunni-Shia differences, and to promote anti-
Islam agenda. The Muslim Canadian Congress, which Tarek Fatah founded and led till August

2006, supported the campaign of boycott, divestment and sanctions against Israel. The Congress

Quite opposite to his earlier views, in a discussion, hosted by the Globe and Mail in 2007, Fatah

Saudi based Jihadi groups that were funded and backed by the US and the CIA.”

Fatah advocates gay rights, a separation of religion and state, opposition to Sharia law, and

a liberal and progressive form of Islam. But, he ignored the fact that Islam is itself a liberal

and progressive religion. Islamic World has to move along with the demands of modern time.

Therefore, periodic reinterpretation of Islamic teachings, which is called Ijtihad is essential, as it

could provide new perceptions to Islam in accordance with the changed world vision. However,

such statements of Fateh have met with considerable criticism from Canadian Muslim groups. In

this context, Wahida C. Valiante, President of the Canadian Islamic Congress, told the Globe and

Mail, “Tarek Fatah’s views are diametrically opposed to most Muslims…there is a tremendous

amount of discussion in the community that his views contradict the fundamentals of Islam.”

Despite reservations, one has to agree about Tarek Fatah duplicity. In this respect, Fatah proves

that there is no such thing as moderate Muslim. He calls himself hardened secular, but fractures

when he hears a truth that majority of Muslims are moderate and liberal. Let us take the example

of Pakistan. The Constitution of 1973 which was unanimously adopted, clearly states that

Pakistan is basically a democracy guided by the Islamic principles and values.

Besides, addressing the Constituent Assembly on August 11, 1947, Quaid-i-Azam who wanted

Pakistan as a democratic state, said that he did not want Pakistan to be a theocratic state. He

wanted Pakistan to be a liberal, secular and progressive state where both Muslims and non-
Muslims were treated as citizens of equal status.

In this context, Imam-e-Kaaba, Sheikh Abdul Rahman during his visit to Pakistan and during

his Khateeb-e-Hajj had clearly stated that suicide attacks are illegal (Haram). He explained,

to Hell…they represent enemy of Muslims and they commit crimes against humanity, while

misguiding other Muslims.” Denouncing terrorism as un-Islamic, he pointed out that terrorists’

activities are part of a conspiracy to defame Islam and destroy Muslims.

Nevertheless, in 2003, Fatah engaged in a break with Irshad Manji in the pages of the Globe and

Mail in which he repudiated the thanks she gave him in the acknowledgment section of her book,

The Trouble with Islam. Fatah wrote of Manji’s book that it “is not addressed to Muslims; it is

aimed at making Muslim-haters feel secure in their thinking.” Manji replied saying that he told

her in front of witnesses that “this book was written by the Jews for the Jews.” Changing his

stance, Afterwards, Fatah remarked that he was unfair in slamming Manji’s book. He now points

out that she was “right about the systematic racism in the Muslim world.”

In 2005, in his writing, Tarek Fatah equated Iranian President Ahmadinejad with Israel and also

supported Saddam Hussain as killer of millions of Shia Muslims. In this regard, he wrote, “While

we unreservedly condemn the Iranian president, we cannot remain silent about Israel’s continued

occupation of Palestinian territories. We also condemn Bush for posturing as a deliverer of

freedom, while occupying Iraq.” But, the Toronto Star reported in 2010 that Fatah believed in

As regards his anti-Islam sentiments, the National Post indicated, Tarek Fateh has also

misconceived by saying, “Islam is riddled with termites…there are “hateful sermons in almost

parents to keep their children out of mosques which have become schools for fanaticism.

To please US, some western countries and India, Tarek Fatah has also stated that “the spiritual

leader of Tibetan Buddhism, Dalai Lama is endorsing Sharia law when he came to speak at a

For writing the book, “The Jew Is Not My Enemy”, which discusses “Muslim animosity towards

the Jewish people”, Fatah has been awarded the Helen Stan Vine Canadian Book Award in

Politics and History. Fatah who received the Canadian Arab Federation’s highest award in 2001,

sharply criticized the organization in 2009, stating that its current leadership has turned the

organization “into a mouthpiece for Hamas and Hezbollah in Canada.”

Besides his connections with other hostile entities of the Islamic World, Tarek Fatah who

changes his loyalties is an Indian puppet, dancing to their tune of creating unrest in Balochistan.

He is an Indian sponsored tout whose effluent thoughts are nothing, but anti-Pakistan

propaganda. Hence, in February 2013, the website of the Toronto Sun, where he contributes his

articles to malign Islamabad, was blocked in Pakistan.

Some analysts opine that Fatah is a true specimen of discord, arising within himself, essentially

far from reality. He needs to develop maturity to understand the real world.

In fact, all his illogical thoughts prove that Fatah has been playing a double game like his

colonial masters. Although his integrity remains doubtful owing to his ambivalent statements,