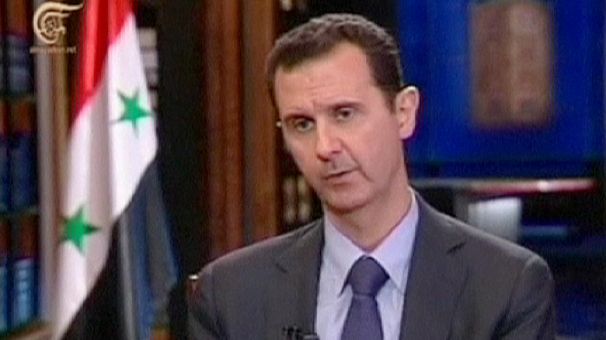 Syrian President Bashar al-Assad has registered to stand in the country’s upcoming presidential vote, the speaker of People’s Assembly of Syria says.

Mohammad Jihad al-Laham said on Monday that Assad officially declared he would seek another seven-year term in office, the official SANA news agency reported.
Syrian people will go to the polls on June 3 to elect their next president as Damascus has insisted that it would hold the vote despite the foreign-backed militancy that has plagued the country for more than three years.
Based on Syrian law, the vote must take place between 60 and 90 days before President Assad’s seven-year term comes to an end on July 17.
On April 26, Syria dismissed Western and opposition accusations regarding the presidential vote, saying that it is planning a free and transparent election.
Syria has been experiencing unrelenting militancy since March 2011. The Western powers and their regional allies — especially Qatar, Saudi Arabia and Turkey — are said to be supporting the militants operating inside Syria.
Reports say that more than 150,000 people have so far been killed and millions of others displaced because of the ongoing violence.