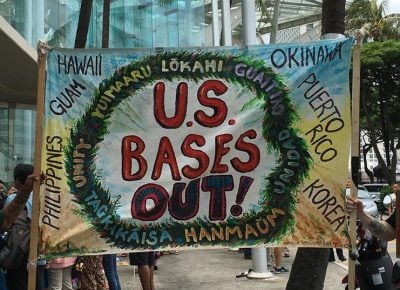 You can help Global Research by forwarding this selection of articles to your friends and colleagues.
Do you think someone in your entourage could benefit from our daily newsletter?
Why not suggest they sign up, it’s free!  Contact them by email.
And don’t forget to connect with us through Facebook, Twitter and YouTube to keep spreading awareness to your friends and followers.

We are currently envisaging the creation of The Online Global Research Library, which will provide easy access to more than 80,000 articles in our archive, with a set of user friendly internal search engines (by author, country, themes, topics, key words, language, etc.). To undertake this endeavor, we need the support of our readers. If you are in a position to make a donation in support of the Global Research Library Project, kindly click the donation button.
*     *     *

Shifting Geopolitical Realities in Afghanistan. Threat to US Hegemony?
By Fraidoon Amel, January 28, 2018
Violent geopolitical rivalries between imperialist and hegemonist powers over Afghanistan’s natural resources, trade and transit routes, and geostrategic location have dramatically intensified. Despite sixteen years of heavy-handed US presence to establish its hegemony in Afghanistan and beyond, influence of regional powers like Russia, China, Iran, Pakistan, and India is growing.

UK Defence Secretary Accuses Russia of Planning to Kill “Thousands and Thousands and Thousands” of Britons
By Robert Stevens, January 28, 2018
In an interview with the Daily Telegraph, published as its main front-page story Friday, Williamson said that Russia was spying on Britain’s critical national infrastructure and claimed, “The plan for the Russians won’t be for landing craft to appear in the South Bay in Scarborough, and off Brighton Beach.

Hassan Diab Is Back in Canada!
By Hassan Diab Support Committee, January 28, 2018
As you might have heard, this is not the end of Hassan’s ordeal. There will be an appeal of the release decision. So, the outcome remains uncertain, and we’re not completely out of the woods yet. But for now, we can say that justice prevailed and Hassan is back in Canada and that is worth celebrating.

Iran: New Unjust Accusations by Washington
By Peter Koenig and Press TV, January 28, 2018
Washington will try to find any reason to either increase the completely illegal sanctions on Iran or cancel the deal altogether. There is no doubt in my mind about it. They will not shy back from inventing and fabricating “evidence” that the missile remnants Haley wants to show to UN Security Council member are from Iran.

America’s National Defense Is Really Offense
By Philip Giraldi, January 28, 2018
Pentagon planners clearly anticipate another year of playing at defense by keeping the offense on the field. An impetuous and poorly informed president is a danger to all of us, particularly as he is surrounded by general-advisers who see a military solution to every problem. Hopefully wiser counsel will prevail.

‘Without UNRWA We Have Nothing’: Palestinian Refugees Speak Out Against US Aid Cuts
By Jaclynn Ashly, January 28, 2018
Palestinians in Aida refugee camp disagree, telling Mondoweiss that the cuts are a continuation of US policies aimed at strangling the lifeline of Palestinian refugees.