The International Network of Genocide Scholars will host its fifth annual conference in Israel at the Hebrew University next month.  The title of the event will be Intersections: Holocaust Scholarship, Genocide Research, And Histories of Mass Violence.  On the one hand, Israel is a natural choice to host a conference on the Holocaust since it arose in part out of the ashes of the Nazi genocide against Jews.  Israel’s Yad Vashem Museum is a primary international depository for, and commemoration of the Holocaust. 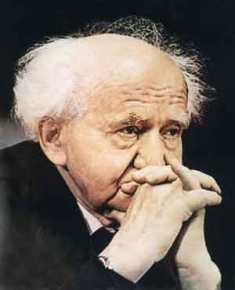 But on the other hand, such a choice raises a host of unsettling questions:  first among them is: how do you deal with the question of Israeli “mass violence” against Palestinians and, for that matter, all of the front-line states Israel has attacked repeatedly in the decades following the 1948 War?  Though most scholars agree that Israel’s Occupation regime hasn’t risen to the level of genocide, the seeds of a future catastrophe of that magnitude have been planted.  Will they germinate?  Anyone’s guess.  But why should genocide scholars sit in solemn deliberation in such a country where violence smites Palestinian victims every day?

Second, how do you deal with the attempts at collaboration between the pre-1948 Zionist leadership–including figures like David Ben Gurion–and the Nazis?  I wouldn’t mind if I knew this question would be debated at the conference.  But I strongly doubt it will.

Third, how do you deal with the problematic relationship between Diaspora Jewry, which suffered overwhelmingly during the Holocaust, and Israel, which only reached out to help Jews in any numbers after the catastrophe ended?  Remember Ben Gurion, who said:

“If I knew that it was possible to save all the children of Germany by transporting them to England, and only half by transferring them to the Land of Israel, I would choose the latter, for before us lies not only the numbers of these children but the historical reckoning of the people of Israel.” 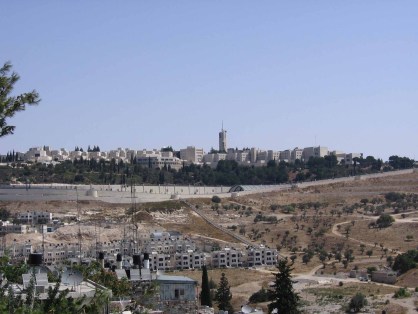 He can gussy this sentiment up in ponderous concepts like “the historical reckoning of the people of Israel,” but the truth is that it is precisely such choices that mark a decisive break, a profound alienation between the Zionism of Ben Gurion and the Diaspora.  Under such a philosophical concept, the two must be at war with each other.  The truth is that there is no actual war.  But there is a constant, simmering Cold War between them which neither side fully acknowledges or attempts to repair, which only makes things worse.

Fourth, how do you deal with the problem of Israel and Zionism which view the Holocaust as the result of the lack of sovereignty of the Jewish people, and hence see that catastrophe as an inexorable result of Jewish vulnerability in the Diaspora?

Though I’m not a genocide scholar, I’d be interested to know how such a field deals with relations between genocide survivors and those within their ethnic community after they return from from the Killing Fields.  In the case of Israel, the relationship is exceedingly ambivalent.  As many readers know, Israel has let many of the remaining survivors live in destitution (50,000 by last count), offering them very limited financial support.  There are many reasons for this, but chief among them is the Zionist attitude toward Holocaust and Diaspora.  It is something many would rather forget.  Israelis see themselves as apart from and superior to the Diaspora.  The Holocaust survivors are a constant reminder that they are not, that their fate is inextricably bound up in those of European Jewry.

The final problematic aspect of hosting a genocide conference in Israel is that it has refused for decades to acknowledge the Armenian genocide.  Until recently, this was due to Israel’s close alliance with Turkey, which itself was the lead denier of the Armenian Holocaust.  But even after the relationship with Turkey soured in 2010, Israel has continued to refuse to recognize any other genocide than the extermination of European Jewry.  This is profoundly troubling and a violation of historical truth.  Why should the validity of one’s own national suffering be diminished in any way by the recognition of the suffering of another nation?

Who’s going to tackle this–or any of the other troublesome subjects I raised above–at this conference?  The lack of discussion means to me that the organizers either were short-sighted or too frightened to delve into such troubling questions concerning their host nation, Israel. 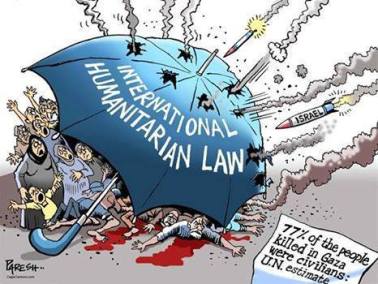 Several hundreds scholars are releasing a protest statement criticizing the international organization for agreeing to host the scholarly meeting in Israel.  This is the text of the letter:

As a group of scholars, we are deeply concerned that the International Network of Genocide Scholars (INoGS) is lending its name and reputation to Israel’s occupation and ongoing colonization of Palestine by holding its annual conference, scheduled for June 26-29, at the Mt. Scopus campus of the Hebrew University in Jerusalem.

Israel’s actions against the Palestinian people – from the Nakba to the ongoing displacement of Palestinians from their lands, and from repeated military offensives against Gaza to the ongoing blockade – are increasingly being viewed through lenses of ethnic cleansing and genocide linked to settler colonialism. It is therefore shocking that INoGS plans to hold its 2016 Global Conference at the Mt. Scopus campus of the Hebrew University that is partially built on stolen Palestinian land in occupied East Jerusalem. Additionally, the conference is sponsored by five Israeli academic institutions, including the Hebrew University, which have been deeply complicit in Israel’s decades-long oppression of Palestinians.

Billing the conference as held in ‘Jerusalem, Israel’ demonstrates that INoGS is turning a blind eye to Israel’s illegal annexation of the city, condemned unanimously by the international community, and to the ongoing campaign of dispossession against indigenous Palestinians as Israel seeks to erase their historic and diverse presence in the city through plunder and expulsion.

The significance of all this cannot be lost on genocide scholars.

The call for this conference has been issued while Israel’s state terrorism is being exposed to the world. Israeli police, military and fundamentalist settler lynch mobs have been savagely attacking Palestinian protestors and committing crimes with impunity.

New repressive and discriminatory Israeli laws and a dominant culture of racism and intolerance have created a culture of impunity, with Israel’s occupation forces now adopting a shoot-to-kill policy against Palestinian child and youth protesters in situations where they pose no serious threat…

We urgently call on InoGS to act in a principled way by cancelling the Jerusalem venue for their conference and transferring it to a location in another country.

We furthermore urge scholars and professionals to reflect upon the ethical and legal implications of participating in a conference organized by complicit institutions and taking place…on occupied land–and to boycott this event should it go ahead under these circumstances.

The Call for Papers from the Network does indicate an effort to acknowledge ongoing mass violence against Palestinians in language like this:

…Bringing the INoGS conference to Jerusalem, a city in which foundational collective traumas intersect and are experienced in everyday life, offers an opportunity to engage with the main theme of the conference:Intersections: Holocaust Scholarship, Genocide Research, and Histories of Mass Violence.

The meeting will include two roundtable panels that delve into this subject as well:

Collective Traumas and National Identities will include papers on Jews, Palestinians, as well as other cases

Studying Genocide in a Site of Conflict and Violence will address the challenges of researching and teaching the Holocaust, genocide, and mass violence in Israel in the midst of the ongoing conflict between Jews and Palestinians

But one has to wonder what sort of balance the event program will offer when only two members of the academic steering committee for the conference are Israeli Palestinian.  The remainder are Israeli Jews.

The scholars’ letter makes clear that the principles of BDS are involved in the signatories decision to denounce Israel’s hosting of the conference.  On this note, a number of the Israeli institutions serving as sponsors are deeply implicated in the Occupation.  Their scientific and social science research serves as a bulwark of the Israeli military and intelligence apparatus.  How about the secret research conducted at some of these institutions which develop Israel’s weapons of mass destruction? One wonders if anyone will deliver a paper at this conference offering a critique of the role of Israeli academia in facilitating the violence against, and oppression of the Palestinian people.

I e mailed and tweeted INoGS’ president and its Twitter account for a comment or statement of their position in this matter.  As of publication, no one had replied.