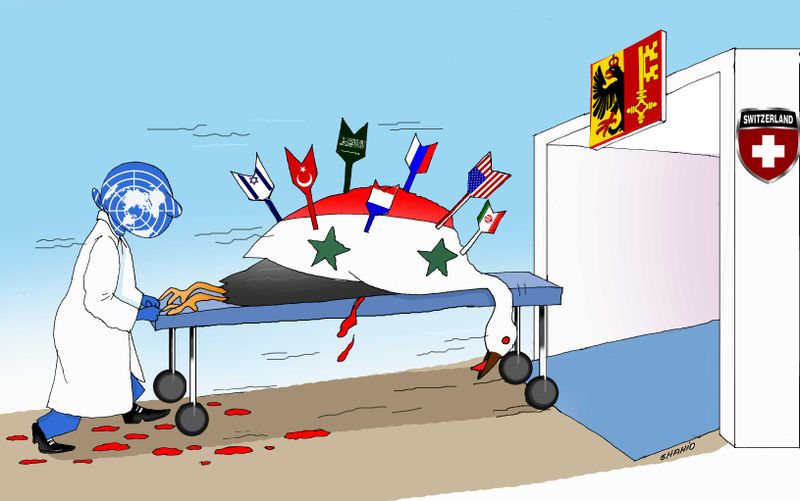 US Ambassador to the United Nations Nikki Haley’s words on impossibility of political resolution in Syria while President Bashar Assad stays in power is an attempt to derail the international efforts on Syrian settlement, Konstantin Kosachev, the chair of the Foreign Affairs Committee of the Russian upper house of parliament, said Sunday.

Earlier in the day, Haley said in an interview with CNN broadcaster that the political solution was not going to be achieved while Assad was heading the regime in Syria.

“This is a direct sabotage of the international community’s efforts to launch the process of political negotiations between the authorities and opposition. US opinion will be read by both moderate and armed opposition. They will ask, what is the point in going to Astana or Geneva [talks on Syrian settlement],” Kosachev posted on his Facebook account.

Haley’s comment came after the United States carried out on Thursday a cruise missile attack on the Syrian military airfield in Ash Sha’irat, located in the vicinity of the Homs city. US President Donald Trump said the attack was a response to the reported chemical weapon use in Syria’s Idlib.

The US missile attack claimed the lives of 10 people, an officer of the Syrian Armed Forces told Sputnik. The Russian Defense Ministry said that the attack left two Syrian servicemen missing, four killed, and six suffering severe injuries from the fire. Homs Governor Talal Barazi said Friday that at least two civilians from a nearby village and five Syrian servicemen were killed.