Home » Post Page » Russia wary of UN resolution on Syria, after being ‘burned’ by agreeing to Libya campaign 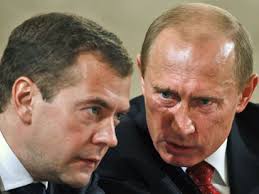 
DEAUVILLE, France — A Russian diplomat says his country does not want tough U.N. action against Syria’s crackdown on protesters because Moscow felt it was “burned” by agreeing to an international military campaign in Libya.

Alexander Orlov, Russia’s ambassador to France, told The Associated Press on Thursday that the NATO-led campaign in Libya has gone beyond what the original U.N. resolution envisaged. He is attending a G-8 summit in France.

The U.N. resolution was aimed at protecting Libyan civilians, but Russia has bristled at the increasing use of force aimed at Libyan leader Moammar Gadhafi.

As a result, Orlov said that Russia doesn’t want a “rubbery resolution” on Syria. He said Russia condemns violence against demonstrators in Syria but that “we will be very careful” before approving any new resolution.