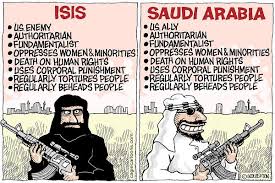 U.S.-backed opposition forces in Syria’s largest city are facing a ferocious Russian-led assault, raising fears that the rebels could be eliminated in a matter of weeks.

Two Department of Defense officials told The Daily Beast that they are not eager to support the rebels in the city of Aleppo because they’re seen as being affiliated with al Qaeda in Syria, or Jabhat al Nusra. The CIA, which supports those rebel groups, rejects that claim, saying alliances of convenience in the face of a mounting Russian-led offensive have created marriages of battlefield necessity, not ideology.

“It is a strange thing that DoD hall chatter mimics Russian propaganda,” one U.S. official, who supports the intelligence community position, wryly noted to Pentagon claims that the opposition and Nusra are one in the same.

But even if the rebels were completely separated from Nusra, there would still be something of a strategic conflict with U.S. military goals. The rebels in Aleppo, these Pentagon officials note, are fighting the Bashar al-Assad regime; the American military effort, on the other hand, is primarily about defeating the self-proclaimed Islamic State.

“We have no role in Aleppo. The forces we are supporting… are fighting ISIS,” one defense official explained to The Daily Beast.