Home » Post Page » Rewarding the criminals: how global capitalism preys upon the poor 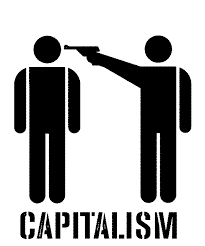 by Jiwan KshetryCorporations wiping out large chunks of biodiversity and killing people with impunity in Honduras and Brazil in collusion with the corrupt state machinery, are being rewarded for their contribution to ‘clean development’ as are those throwing hundreds into abject poverty and total unemployment in India. At the end, however, their projects are not ‘clean’ with no net gain for environment in terms of carbon emission. In its march from one triumph to another, global capitalism brutally preys upon the poorest, weakest and the most vulnerable.

We are an inclusive company that respects and celebrates the diversity and human rights of its employees, customers and communities. But we never stop trying to improve as a company, employer and member of the community.

A corporation concerned about the human rights of the employees, customers and communities, isn’t that something we are desperately looking for?

That was how Miguel Facusse, arguably the most powerful businessman in Honduras responded to the news that he was being awarded with CEAL International Award by Business Council of Latin America (CEAL).

Now juxtapose the noble words of Facusse with these words from the ‘unidentified’ kidnappers who threatened the MUCA (Unified Campesino Movement of the Aguán) journalist Karla Zelaya on 23 October 2012 after kidnapping her: “This time you’re lucky. We’re not going to kill you because you’re worth more to us alive than dead.”

The association of these people to Facusse is the open secret in Honduras as is the collusion between the Facusse’s militia and the state’s security forces, particularly after the 2009 coup-de-tat that deposed the democratically elected president. According to the Front for Popular National Resistance (FNRP), this new act of violence happened after two more campesinos or peasant farmers were killed over the weekend and three more were found buried in Farallones, lands belonging to Miguel Facussé.

The news coming from Honduras over the past few months is equally horrifying as indicated by these two reports (here and here) from Amnesty International. After brutal murder of campesino leader Margarita Murilo on 27 August, another leader Juan Angel Lopez Miralda met with the same fate on 11 November this year.

After all, how long could have they tolerated Murilo—a survivor of twenty-two days of detention and torture in the 1980’s and life-long fighter against the oppressive state—who dared say this after disappearance of her son in 2009: “If the army took my son to deter me, it was very poor judgment on their part. I’ve been in struggle for twenty-five years; I’m not going to abandon it.”

Obviously, the state was forced to deter her by taking her life itself. Even though Facusse and his corporation are not mentioned in the AI reports, there is no doubt as to either the motive or the mechanism of her elimination.

With thousands of hectares of lands in Bazo Aguan region itself and more elsewhere, Facusse has every reason to eliminate anyone who advocates the rights of the creatures who claim to be the rightful owners of the same land. Himself having been the economic advisor for one of the Honduran past presidents and counting another past president as his own nephew, there is literally nothing Facusse cannot do in Honduras.

There is no dearth of people like Facusse in this world where capitalism rules the roost. If we look closely, every developing country and economy has its own shares of Facusses who not only decide who wins and who loses in elections but also can depose or oust those who refuse to play by their rule after gaining power. Indeed, these super-wealthy tycoons—with opaque business activities and capability to both make and break rules and governments—in the under-developed countries, are the equivalents of the wealthy and powerful multinational corporations in the developed countries and economies.

The neo-liberal theologians would like us to believe that these people who value their own wealth-gathering much more than lives of hundreds to thousands of paupers out in the communities are a transitory phenomenon before rule of law comes to fruition in these modernizing societies. In other words, we should bear with plutocracy and mass pauperization for the sake of capitalist economic development that will somehow lead us into more prosperous if not egalitarian societies.

Is that the truth, after all? Let’s draw some similarities between Facusse’s Dinant corporation and Vallourec & Mannesmann Tubes (V&M), a joint venture of French Vallourec Group (with more than 23,000 employees, sales of $5.3 billion in 2012, 78% generated outside Europe, according to Compay’s site) and German Mannesmannrohren-Werke AG.

To start with, contempt and disregard for human rights is equally strong in both. As Facusse’s militia shoot the peasants in Honduras point blank and leave them to rot in the fields before police can take their body, V&M poisons the lands to clear the natural vegetation in Brazil for its vast eucalyptus plantations. As the usual fruits—the means of livelihood—and the underground water sources disappear, people in small towns like Minas Grais are forced into hunger and misery all the same. Those who dare to raise a finger at V&M here are killed as mercilessly as those challenging Dinant in Honduras are.

The similarities, however, do not end there. Both the companies are now beneficiaries of a supposedly noble initiative from Kyoto protocol intended to reduce pollution and greenhouse gas emission. While Dinant’s palm trees are used to produce supposedly ‘renewable’ bio-fuels, V&M’s eucalyptus are used to make ‘renewable’ coal. They trade off their carbon credits to other big industrial polluters thereby receiving huge amount of money under the ‘Clean Development Mechanism’ of the UN and the World Bank. At the end however, both the biofuel and coal go on to be burnt thereby emitting the greenhouse gases.

Net outcome: as people keep being killed or stifled in Brazil and Honduras, profits for corporations like Dinant and V&M keep rising exponentially, the biodiversity being irrecoverably damaged in both the supposedly noble sources of clean development.

The pervasiveness of the greenhouse gas emissions, strong uncertainty and complexity combine to prevent economists from substantiating their theoretical claims of cost-effectiveness. Corporate power is shown to be a major force affecting emissions market operation and design. The potential for manipulation to achieve financial gain, while showing little regard for environmental and social consequences, is evident as markets have extended internationally and via trading offsets. (…) I conclude that the focus on such markets is creating a distraction from the need for changing human behavior, institutions and infrastructure.

As fortunes of people like Facusse multiply overnight, the real sufferers of the whole fiasco live in abject poverty and increasing marginalization. As their fellow citizens face brutality of the forest rangers from V&M and other big companies, the Brazilian middle class is pre-occupied by something else. Apparently, the Rousseff administration’s sellout to the corporations is too little for them: 142,000 of them recently signed a petition on the White House Website asking ‘president Obama’ to take a stand against the ‘Bolivarian Communist expansion in Brazil promoted by the administration of Dilma Rousseff’.

That tells a lot about why the plight of indigenous people in Brazil, Honduras and elsewhere rarely makes it to the mainstream media even as the street protests against leaders like Brazil’s Rousseff and Venezuela’s Maduro receive a round-the-clock coverage.

But even as the mainstream media works day and night to manufacture consent for the neo-liberal economic order and the resulting political order thereby obfuscating the reality, not everybody has abandoned the poor and the downtrodden. Plight of these people in Brazil and Honduras has been retold vividly in the 2012 documentary ‘The Carbon Rush’ directed by social justice organizer and activist Amy Miller. The documentary was shown as the part of recently concluded Kathmandu International Mountain Film Festival in Kathmandu (KIMFF), leaving the audience flabbergasted.

The documentary brilliantly captures the misfortune of the victims of some more projects under the so called clean development mechanism including the one in India which snatches the livelihood of the rag-pickers. As a big company moves on to produce energy from the garbage (the amount of energy produced being minimal as air pollution reaches intolerable levels with use of incinerators in residential areas) it is also bestowed with monopoly in recycling the recyclables from the garbage forcing the already poor people into a vicious cycle of abject poverty and total unemployment.

So, what is in the store for these people duped by their states and hounded by the wealthy? The smart and educated people in India may not have exactly petitioned the US president the way their Brazilian counterparts did but their attitude about the economic and social malaise of the society is also basically the same. The only solution to the crushing poverty and rampant unemployment is, for them, to let the wealthy corporations exploit the natural resources even faster—thereby transforming this planet into unlivable garbage dump even earlier than it would otherwise become—so that more jobs are created. The living conditions of the workers and the plight of the displaced people is the luxury that the state cannot afford to ponder over at this point of time.

It is then no wonder that after Narendra Modi came to power in India with a promise to ‘development’, his government is now going to depend on the ‘utmost good faith’ of the polluting industries to control pollution rather than strict laws enforced by the state.

So, when will this mad rush to seek solution of every problem in endless economic growth end? As the wealth gap widens between the rich and poor leaving the wealthy few increasingly beholden to the remainder of the rapidly depleting natural resources in the planet, how many more millions of people will have to suffer before the illusion of mankind’s invincibility over the nature crashes?

Miguel Facusse is already over 90 and still wants to gather wealth at the cost of thousands of Honduran lives. But, will the fragile ecosystem of the planet survive for another 90 years without a major disruption? Even if it does not survive, Facusse will be long gone by then having left a disastrous track record of swallowing up entire genera and multiple species of flora and fauna in the South American continent for his palm plantations. Likely, the V&M’s owners will also be gone by that time contributing to loss of an even large chunk of biodiversity in the planet for their eucalyptus plantations. But who can blame them? They are neither the biggest nor the last culprits in the whole sordid saga.

These people will be remembered especially for one reason though: as they tore through the ecosystem speeding the degradation of the most bio-diverse parts of planet earth, they were being paid for precisely the opposite of that, in other words, they were getting rewards instead of punishments for their crimes.