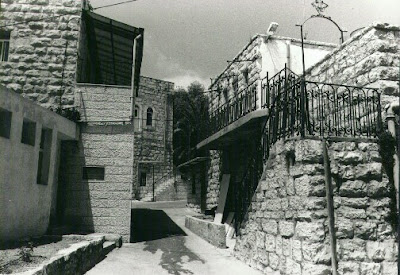 In twenty-four days, on April 9th, it will be Deir Yassin Day 2013 – the 65th anniversary of the Deir Yassin massacre of April 9th 1948.
Deir Yassin was not the only massacre of the time, nor was it the worst but, for all kinds of reasons, Deir Yassin signalled the flight of the Palestinian people and their eventual dispossession and exile and as such it is probably the most critical moment in Palestinian history.
April 9th is not only an important event in Palestinian history, but in Jewish history, too. Coming as it does a mere three years after the liberation of Auschwitz in January 1945, Deir Yassin and the establishment of the state of Israel mark the Jewish transition from enslavement to empowerment and from victim to victimiser.
And for all of us, when this drama is finally played out, Deir Yassin may well come to be seen as the pivotal moment in modern world history.
Deir Yassin touches on so many issues – the liberation of Palestine and the cataclysmic growth of Jewish power. And given that the village today is just 1600 metres from, and in clear sight of, the Jewish Holocaust shrine at Yad Vashem, Deir Yassin speaks to the relationship between victim and perpetrator and to the whole issue of Jewish suffering and the Holocaust.
Between now and April 9th I’m going to post some of the seminal Deir Yassin texts and I’m starting with the foundational “Deir Yassin Remembered” written by Dan McGowan. I’ve certainly read it many times but, every time I read it or work with it, it always engages and moves me.
You can read it here where the sixty-five year old story of Deir Yassin is told, and it’s meaning today is explored.
It will also welcome you to a new website.