When we demand freedom for Palestine we are not just demanding an end to military assaults on Gaza, we are demanding Palestinians to have a right to life, dignity, and freedom. 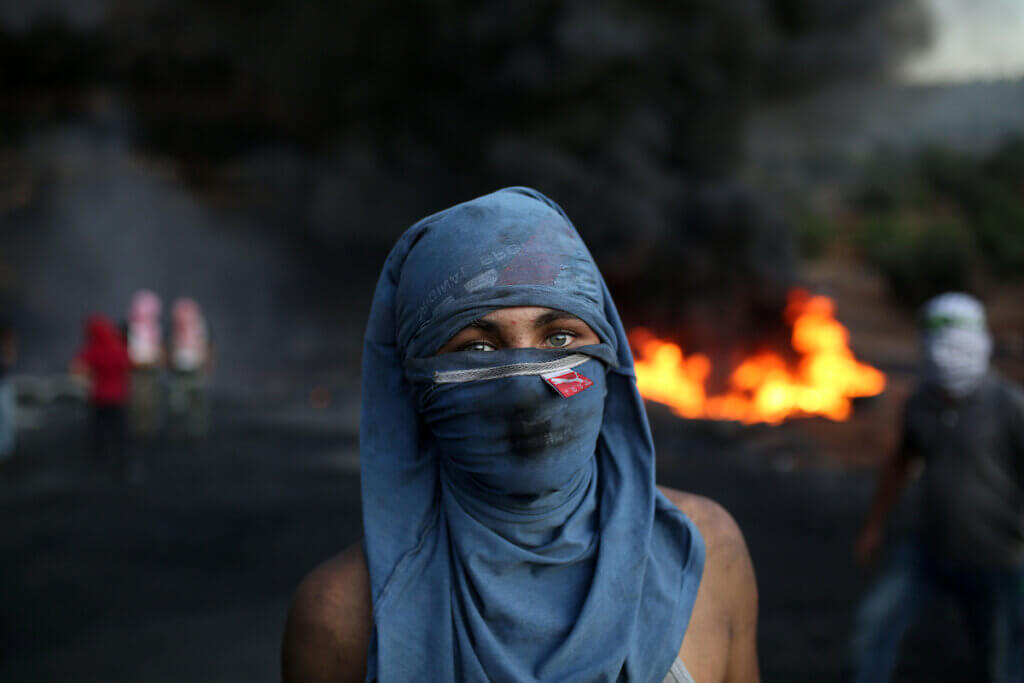 PALESTINIANS TAKE PART IN A DEMONSTRATION AGAINST THE EXPANSION OF A JEWISH SETTLEMENT ON THE LANDS OF BEITA VILLAGE, NEAR THE OCCUPIED WEST BANK CITY OF NABLUS, ON JUNE 23, 2021. (PHOTO: SHADI JARAR’AH/APA IMAGES)

As Palestine slowly recedes into the background again, I’ve found myself thinking a lot about slow, obscured, daily violence and the ways that Israel’s military assaults on Gaza breed more death and injury long after the bombs stop falling.

There are moments that Israel commits extraordinary, exceptional violence against the Palestinian people like the assault on Gaza in 2008 that killed almost 1,400 Palestinians, or the assault on Gaza in 2014 that killed 2,252 Palestinians, or this last assault on Gaza that killed more than 250 Palestinians. These are the moments during which the international community is loud and unapologetic about demanding Palestinian freedom. In April and May this year, as in 2014 and 2008, people around the world flooded the streets demanding justice and an end to the more than half-century long military occupation. It is in such moments of global outrage that the anti-Zionist movement goes on the offensive and discusses Palestine on their terms rather than constantly regurgitating the same, tired talking points that assert that our politics are not antisemitic. It is also in these moments that Israel’s carefully crafted narrative of the question of Palestine being “complicated” is undermined by the immense violence they unleash against people under their occupying rule.

Yet sooner or later when the ceasefire is announced and mainstream media moves onto the next story, attention, protests, and discourse fizzle out and dissipate. While anti-Zionist movements are constantly working to bring the attention of the world to demand justice for Palestine, the silent majority of people who believe in liberation tend to be more vocal during Israel’s many massacres. But for those in Palestine, the material conditions on the ground in Gaza, the West Bank, Jerusalem and elsewhere deteriorate in a compounding fashion—the bombs that Israel dropped on the Gaza Strip do not just maim, kill, and destroy the moment they explode. They do so for long after as well.

Slow violence is the defining condition of living as Palestinians: in between the sharp escalations of protracted conflict, the ongoing trauma of an existence under apartheid is typically not viewed as violence at all.

Speaking in the context of ecological catastrophe, Rob Nixon introduces the phrase “slow violence” to refer to “the inattention we have paid to the attritional lethality of many…crises, in contrast with the sensational, spectacle-driven messaging that impels public activism today.” In Nixon’s words, slow violence occurs “gradually and out of sight, a violence of delayed destruction that is dispersed across time and space.”  Slow violence is the defining condition of living as Palestinians: in between the sharp escalations of protracted conflict, the ongoing trauma of an existence under apartheid  is typically not viewed as violence at all. In 2012, the UN released a report which claimed that Gaza would be uninhabitable by 2020.  Indeed, today 97% of water in the Strip is undrinkable; Israel puts Gazans on a predetermined caloric diet; people only have four hours of electricity; and the infrastructure needed to ensure life has been eroded or bombed in the many Israeli-led assaults and invasions. This is slow violence—a violence that does not kill by bomb, rocket, or drone strike but through a depletion that does not seem to require urgent attention. However, it physically wears out and deteriorates a population, making occupation and trauma a defining condition of Palestinian existence.

Slow violence is even more pronounced in the context of the COVID-19 pandemic. During last May’s assault, Israel wiped out Gaza’s only COVID testing facility. In doing so, the Israeli military ensured that treatment for COVID patients would be much harder than it already was—if not impossible. In tandem, Israel internally displaced over 52,000 Palestinians after destroying 450 buildings—who then found shelter at fifty-eight UN-sponsored schools. Israel has still not provided vaccines for those under its occupation and has stripped Palestinians of their ability to social distance, get tested, and prevent viral spread. If that wasn’t enough, among the buildings that were destroyed were six hospitals, nine primary care centers, and a desalination plant that provided water access for 250,000 Palestinians. The bombs may have stopped dropping, but Palestinians are closer to death long after the ceasefire.

But the violence isn’t just physical, it’s psychological too. The mental toll that these assaults have on Palestinians surpasses the language we use to talk about trauma. In an article for Middle East Eye, therapist Samah Jabr states that Palestinians do not suffer from post-traumatic stress disorder because there is no “post-traumatic safety.” The trauma is severe, unrelenting, and provides no space for Palestinians to heal from the violence and loss of living under Israeli rule. Of the sixty-seven children that were killed in May, eleven of them were already receiving trauma counseling to process the aftermath of 2014’s assault. This psychological warfare and the constant trauma Palestinians are subjected to are also a form of slow violence. It is this slow violence that pushed 14-year-old Hamza to commit suicide after he lost his little brother, big brother, father, and mother in 2009, 2012, 2014, and 2021 respectively.

Violence in Gaza is not temporally contained within the parameters of an Israeli-led assault but stretches well into present and future life for all Palestinians living under military occupation.

This is all to say that violence in Gaza is not temporally contained within the parameters of an Israeli-led assault but stretches well into present and future life for all Palestinians living under military occupation. The father isn’t magically resurrected for his children when the bombs stop falling. The mother isn’t instantly comforted by the loss of her children when the drone strikes cease. The murdered youth do not come alive and live out their dreams and aspirations when Naftali Bennett replaces Netanyahu as Prime Minister. The murdered doctor who has years of training cannot tend to the injured and sick patients after the assault. The uprooted olive, lemon, and orange trees do not bear fruit when the ceasefire arrives. The roads and hospitals and schools do not become functional after the war ends. The houses in rubble do not rebuild themselves after the siege and become homes. The incarcerated freedom fighters do not get released when the world stops paying attention.

It is crucial that we continue to be loud and unapologetic when the bombs stop falling. We must heed the call of Palestinian civil society to boycott, divest, and sanction companies, institutions, and states that profit off of the occupation. We must amplify calls for justice from within Palestine. And we must constantly push back against Zionist land encroachment, militarism, and settler-colonialism. Every single day is an assault on Palestine—from the daily deploying of tear gas, skunk water, rubber bullets, and live ammunition, the violent evictions and home demolitions taking place in Silwan, Lifta, and Beita, the overwhelming, vicious psychological trauma Israel unleashes against Indigenous people, and, and, and…

Slow violence is still violence. When we demand freedom for Palestine we are not just demanding an end to military assaults on Gaza, we are demanding Palestinians to have a right to life, dignity, and freedom. We can’t be silent; we must be loud. Be unwavering. Be bold. Be uncompromising. And we must recognize that the crisis and violence in Palestine does not end until it is free.