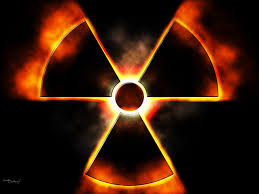 Cross-border action to lower the risks posed by an intentional or accidental nuclear attack is “insufficient,” international military, political and diplomatic officials have warned.

In a letter written in the run up to the Vienna Conference on the Humanitarian Impact of Nuclear Weapons, UK signatories collectively called upon states across the globe to eradicate nuclear arms.

The risks posed by nuclear weapons and current global dynamics that could prompt their deployment are underestimated and poorly understood by world leaders, the signatories warned.

In a post-Cold War era, a proliferation of nuclear arms across the globe that are ready to fire at any moment, greatly amplifies the chance of an accident, they added.

This scenario leaves world leaders who face an imminent threat of attack an insufficient period to liaise with one another and act prudently, the signatories stressed.

The warning comes in the wake of reports that Islamic State (IS, formerly ISIS) had stolen uranium compounds from Mosul University in Iraq earlier this year.

Two days later, however, a spokesperson for the UN International Atomic Energy Agency (IAEA) said the material was “low grade” and “would not present a significant safety, security or nuclear proliferation risk.”

The Vienna Conference on the Humanitarian Impact of Nuclear Weapons began on Monday, and is due to come to a close on Tuesday evening.

The conference follows recent talks between Iran and six western governments. Although the group failed to negotiate a satisfactory deal on Iran’s nuclear program, the talks have been extended for a further seven months.

There are currently thought to be approximately 16,300 nuclear weapons in nine different states across the world.

Global negotiators are concerned that Iranian authorities are using the state’s nuclear development program as a covert means of developing arms, and have imposed sanctions on the Middle Eastern state.

But the Iranian government denies this, and argues the state is only interested in developing peaceful nuclear projects such as the production of power.

Commenting on the recent round of nuclear talks, Russian Foreign Minister Sergei Lavrov said “considerable progress” had been made despite the fact no final agreement was reached. He added he expected the “basic principles” of a final agreement to surface within three or four months.

In late November, it emerged Iran had reduced its stockpile of low-enriched uranium gas to comply with the terms of an interim nuclear agreement signed with six world powers in 2013.

As talks are set to continue next month, Tehran’s access to $700 million per month by way of sanctions relief remains intact.

Earlier this month, the UN General Assembly passed an Arab-introduced resolution calling on Israel not to develop, produce or possess nuclear arms. The resolution also criticized the Israeli administration for not being part of the international Treaty on the Non-Proliferation of Nuclear Weapons (NPT).