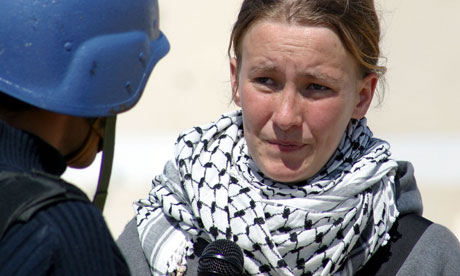 Rachel Corrie in an interview with Saudi Arabian television on 14 March 2003, two days before she was killed. Photograph: Lorenzo Scaraggi/Getty Images
Nine years after she was killed protesting in the Gaza Strip, the verdict in a lawsuit brought by her family is about to be heard