After reading John Mann MP attack Shami Chakrabarti, who produced a Report on Anti-Semitism and Racism in the Labour Party in June, I thought I’d write him an open letter.  John Mann is the thuggish, boorish loudmouth who all but assaulted Ken Livingstone a few months ago, because Ken had told the simple unvarnished truth about Zionist relations with the Nazis over 80 years ago. 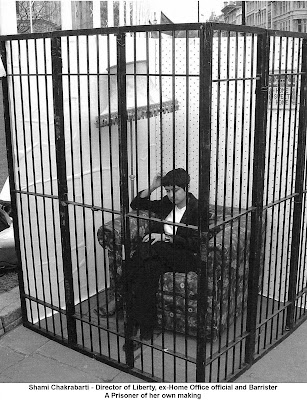 What particularly irked me is the dishonesty of the man.  When Chakrabarti’s report came out there was no one more effusive in its support than John Mann.  My own reaction was much more critical [see Chakrabarti – A Missed Opportunity to Develop an Anti-Racist Policy for Labour]

The other positive recommendations of the Chakrabarti Report was that people like myself who are suspended from the Labour Party are entitled to know the charges against us, who made them  and have all the details as soon as possible.  Also that the decision to suspend should be taken out of the hands of the permanent staff of the Labour Party and placed in the hands of people who are elected.  In other words that the principles of natural justice should prevail.Despite making many concessions to the Zionists, including the ludicrous decision to brand the word ‘Zio’ as anti-Semitic and seeing nothing wrong in the Labour Party’s appalling tradition of supporting Zionist settler colonialism in Palestine, the Report didn’t give them everything they wanted.  In particular the Report was good in two areas:  it knocked back the deliberate distortion of the conclusions of the MacPherson report that a racial incident should be defined by the victim.  It was never meant to apply to false victims, like Zionists, when they are the perpetrators not the victims and it was specific to institutionalised racism in Police, i.e. where Police refused to initially accept that an incident might be racial. 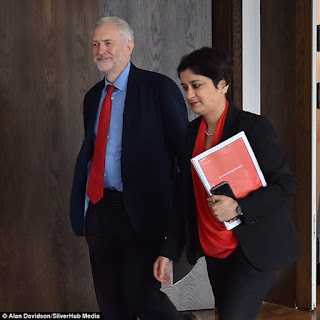 Unsurprisingly the Zionist lobby didn’t like the idea of natural justice.  After all in Israel if you are a Palestinian you can be locked up without trial for years on end.  In Ireland when Britain introduced internment without trial in 1972 there was uproar.  In Israel it is the norm when you deal with Arabs.  Even dissident Jews get ‘administrative detention’.  In Israel the normal method of interrogating a Palestinian is to use torture.  Naturally the Zionists had difficulty understanding concepts such as knowing the evidence against you as soon as possible! 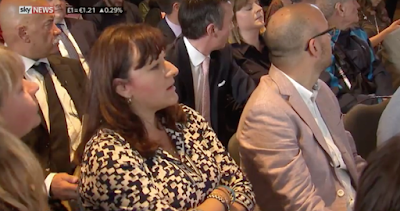 Ruth Smeeth, the obnoxious Zionist MP for Stoke-on-Trent who  faked an ‘anti-Semitic’ incident at the press conference to launch the Chakrabarti Report: being criticised for working with the Telegraph was ‘anti-Semitic’Heavy criticism of Mann by an Employment Tribunal

I therefore thought that it might be helpful if I were to write to John and ask him if he could help me understand why he had changed his mind!!If my complaint was that Chakrabarti hadn’t come out and said that anti-Zionism was not anti-Semitic the Zionists complained that she should have said anti-Zionism was anti-Semitic!  Thus when the Zionist lobby barked, Mann jumped because he doesn’t want to lose all those conferences and freebies that come with the title of Chairman of the All Parliamentary Committee on anti-Semitism.

I am confused by your utterances on the Chakrabarti Report and Shami Chakrabarti herself.  Perhaps you would be so kind as to enlighten me?

In the Daily Mail you are quoted as having not only accused Jeremy Corbyn of ‘appalling hypocrisy’ for having made Ms Chakrabarti a peer, but you told LBC radio that Ms Chakrabarti had ‘sold herself cheaply’ for a Lords seat.  You thus implied that she had crafted or changed her report, in the sense of ignoring evidence of for example anti-Semitism, in order that she could do Corbyn’s bidding and exonerate the Labour Party of anti-Semitism.

If what you say is correct, Ms Chakrabarti did all of this in order that she could obtain a peerage.  What you are really saying is that Chakrabarti prostituted herself in return for a peerage.  In other words she corruptly obtained a peerage.  It is, as you will understand, a pretty serious, if not defamatory allegation.

You will, no doubt, understand that I am somewhat perplexed.  On the Labour List site at the beginning of July you wrote an article, John Mann: The anti-Semitism report gives a route out of this mess which was effusive in its praise of the Chakrabarti report.  You said:

‘I met Shami Chakrabarti as chair of the All-Party Parliamentary Group Against Antisemitism… to suggest some key issues I believed required address. I am delighted that every single one of the proposals I made is included in her report.’

On the 30th June in JewishNewsonline, an article ‘From ‘hugely significant’ to ‘vague’: mixed reactions to Labour anti-Semitism report’ says that

‘The report was lauded by John Mann, chair of the APPG against anti-Semitism and a strong critic of Corbyn, as “hugely significant”. …. “This is now the equivalent of the legal handbook and in there is everything any lawyer needs to take action. … It means there’s a system in place that’s far, far more robust than anything else. The party leader has endorsed it so the national executive committee will endorse it.”

You are further reported as saying that ‘the report included everything he [i.e. you] had recommended and added: “This will not be pleasant reading for Ken Livingstone.’

You understand my dilemma.  On the one hand the Chakrabarti Report contains everything you ever wanted and on the other hand Ms Chakrabarti has sold herself cheaply.  To whom has she sold herself?  You?

The only explanations I have for your comments are the following:

iii.     You are an attention seeker

Both [you and Dennis McShane MP] gave glib evidence, appearing supremely confident of the rightness of their positions….  Mr Mann… told us that the leaders of the Respondents were at fault for the way in which they conducted debates but did not enlighten us as to what they were doing wrong or what they should be doing differently. … when it came to anti-Semitism in the context of debate about the Middle East, he announced, “It’s clear to me where the line is …” but unfortunately eschewed the opportunity to locate it for us. Both parliamentarians clearly enjoyed making speeches. Neither seemed at ease with the idea of being required to answer a question not to his liking.

Perhaps you could enlighten me as to which explanation(s) best describes the reason for your recent comments regarding Chakrabarti?