Home » Post Page » One suspect apprehended, another remains on the loose

WATERTOWN — One suspect in Monday’s Boston Marathon bombings has been apprehended, according to an official with knowledge of the investigation. Another appears to remain on the loose in Watertown after a firefight with police. A 20-block perimeter was established as authorities searched for him.
A scene of chaos descended on Cambridge and Watertown late Thursday night and early Friday morning, as police confirmed an MIT police officer was shot and killed, and an apparent carjacking led police on a frenetic chase into Watertown. Hundreds of police officers flooded Cambridge and Watertown.
A spokesman for the MBTA said that a transit officer had been shot and was in serious condition.
Witnesses in Watertown said they heard explosions. Police officers were screaming about improvised explosive devices. 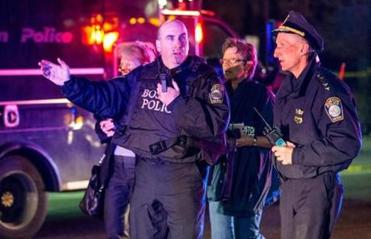 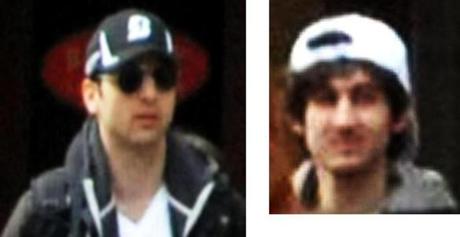 FBI
A combination of closeups of the two suspects in the Marathon bombings.