HAMA:  Turk idiots are gnashing their teeth over the losses taken in this province yesterday. Jaysh Al-Fath lost over 45 of their favorite rodents at the break of dawn this last Sunday.  Nusra/Alqaeda also took a battering when it lost close to 18 rats.  Ahraar Al-Shaam, the group which the U.S. refuses to call a “terrorist organization” despite overwhelming evidence that it is exactly that, too, got a real drubbing yesterday and today.  Another group called Al-Jabha Al-Islaamiyya almost went extinct in fighting with the Syrian Army and its allies.   The fighting took place at Tal Bizaam, Tal Huwayr and East of Al-Mawrik (Mork).  Besides the rodent casualties which were documented after field assessments, the SAA destroyed a 57mm cannon, 3 rocket launchers and 6 Toyota pickups with 23mm cannons. 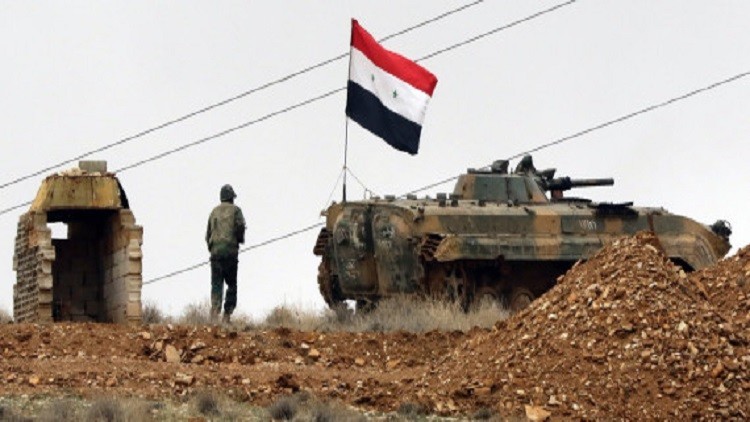 Panorama:  ISIS vultures tried to sneak into this area by moving through the southwestern rim of the city about 48 hours ago.  The pack was made up of about 40 foreign rodents with 4 pickups armed with the usual 23mm cannons.  The SAA had prior knowledge of the attack and was prepared for them.  When the dust settled, 20+ rats were left behind for dead as the surviving scavengers hightailed it back to their base.

Al-Tharda Mountain:  SAAF flew 5 sorties yesterday over this area and west of the airbase.   An ammunition warehouse was destroyed, several armored cars disabled or destroyed and one standard 4-wheel pickup  with cannon was obliterated.

Tony Gratrex sent me this tape showing how Obama’s claimed “no boots in Syria” is a miserable lie:

Khaled sends this scene showing the PKK blowing up an Erdoghani military truck: