Former Australian Foreign Minister Bob Carr’s exposure of the Zionist lobby’s stranglehold on Australia’s body politic could be the beginning of the end of the lobby in that country, but that will happen only if we make sure that his message is kept alive and translated into political action.
Writing in Britain’s Guardian newspaper, Australian journalist Antony Loewenstein reminds us of the significance of Carr’s revelations.

Carr explains, in compelling detail, how Melbourne’s Zionist lobby pressures, romances, bullies and cajoles politicians to tow the most fundamentalist position over illegal Israeli colonies, Palestinian recognition at the UN, and even the language used to describe Israeli actions. He also claims that Israel lobby financing impacted the positions of elected politicians on foreign policy. Carr reports former [Prime Minister] Kevin Rudd telling him that about one-fifth of the money he had raised in the 2007 election campaign had come from the Jewish community, and criticises Julia Gillard’s unfailing pro-Israel stance (see, for example, her effusive praise of the Jewish state after she received the Jerusalem Prize), pointing out that she would not even let him criticise Israeli West Bank settlements.
“It’s an appalling situation if Australia allows a group of [Jewish] businessmen [in Melbourne] to veto policy on the Middle East”, Carr summarises in frustration (unsurprisingly, local Zionist groups have responded with fury and defensiveness to the attack).

However, these appalling revelations should not be the end of the story. There is no time for those who care about Australia and about justice in the Palestine to rest on their laurels. As Loewenstein points, there is a lot more dirty laundry to be exposed. This includes 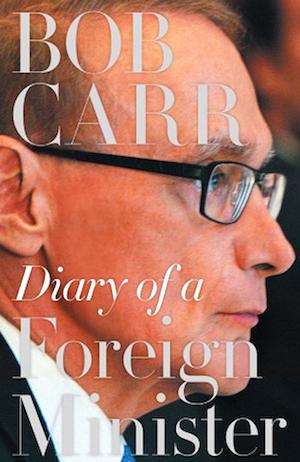 the countless numbers of politician and journalists taken on free trips to Israel by the Zionist lobby, where they are often given a selective tour of the region. Tim Wilson, to take just one example,described an introduction to Israel which included a visit to a refugee camp in Bethlehem and a tour of the old city of Jerusalem, along with “meetings with politicians, academics and journalists” (organisers insist guests are “not controlled” and allowed open access).

These sponsored free trips are not junkets to be scoffed at.

Part of the softening of politicians to be receptive to the most extreme views on Israel and Palestine comes from those sponsored trips, coupled with relatively weak Palestinian advocacy and a post 9/11 context which paints Arabs with a discriminatory brush. These trips are not, as The Australian claimed last week, “to better understand its strategic fragilities from the ground” – that’s just lobby language. No, those trips – such as AIJAC’s [Australia/Israel and Jewish Affairs Council] Rambam Israel fellowship – are in essence programs engineered to show journalists, human rights commissioners, advisors, student leaders and politicians the Israeli government perspective. More than a fair share of them return to Australia singing the praises of Israel, issuing caution over any end to the occupation in the process.

The extent of this aspect of the Israel lobby’s work is breathtaking.

Be astounded with this list, provided by the essential blog chronicler of the lobby, Middle East reality check, of all the media and politicians who have taken these trips over the last few years. This hand-holding can be perceived as one way to propagandise the elites against growing public support for Palestine, especially since few of these visitors seem to use their own initiative and visit Gaza or the West Bank for more than a few hours.

It is time to clip the wings of Australia’s Zionist lobby, which is doing immense damage to the country’s international standing. As Loewenstein says,