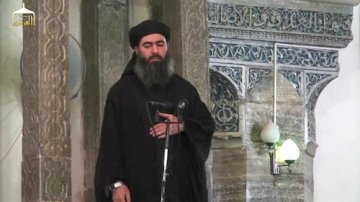 I remember once discussing with a friend the ill-advised decision by the American neo-conservative Zionist envoy to Iraq, Paul Bremer, following the doomed invasion.

“To dissolve the Iraqi army is irresponsible,” I said. I added: “The army is trained to maintain security for the fellow at the top – Saddam Hussein or whomever was brought on a US tank. Out of jobs, they know well how to undermine security.”

Shaking his head, my colleague responded, “For the Zion-cons, it was the right decision. Dismantling Iraq was the Zion-cons’ aim. It was never Saddam or weapons of mass destruction (WMD).”

Listening to Israeli Prime Minister Binyamin Netanyahu’s interview with NBC’s “Meet the Press” last week, I was reminded of the Zion-cons’ objectives. The presumptuous Netanyahu lectured the US president that when your enemies fight, “you work on both sides – as I say, you try to weaken both”.

The fact that three Israeli leaders, from three different political parties, delivered the same message to the US within days of each other underlines Israel’s resolve to complete the destruction of Iraq that was started by the US invasion in 2003.

In this fight, one of the sides is the US-installed Iraqi government. Although Netanyahu could argue that the Iraqis were his “enemies”, for him to assume they were also America’s adversaries is typical of the neo-cons’ hypothesis which portrays Israel’s foes as also the enemies of the US.

The message was reinforced days later in Paris by the Israeli foreign minister when he was quoted as telling the US secretary of state to accept that “Iraq is breaking up before our eyes”.

Israel’s president, Shimon Peres, delivered the same message to his US counterpart, Barack Obama, during his visit to the Oval Office in the same week.

The fact that three Israeli leaders, from three different political parties, delivered the same message to the US within days of each other underlines Israel’s resolve to complete the destruction of Iraq that was started by the US invasion in 2003.

The march to achieve Israel’s goal was fabricated and carried out from the dens of the Pentagon in 2003 by Israel firsters – from Paul Wolfowitz to Douglas J. Feith and many others posing as American patriots.

The first phase of the break-up of Iraq came at a huge price. Not to mention the enormous cost to Iraqis, the “made for Israel” war was paid for by almost a trillion US tax dollars and the life of more than 4,500 American soldiers.

The Zion-cons convinced a US president it will be an inexpensive war – paid for by oil money, Americans will be received as liberators, builders of democracy and get rid of supposed WMDs.

The march to achieve Israel’s goal was fabricated and carried out from the dens of the Pentagon in 2003 by Israel firsters – from Paul Wolfowitz to Douglas J. Feith and many others posing as American patriots.

Those claims turned out to be the only proven WMD in that war.

It is undeniable – except for Dick Cheney, Tony Blair and their likes – that the US invasion, combined with misguided decisions thereafter and the marginalization of a large part of the Iraqi population, created a receptive political environment for the Islamic State in Iraq and the Levant – now calling itself the Islamic State.

Having stated the obvious, no one should, however, indulge too far in blaming the “outsider” for the problems of the Arab world. Many of the Arab leaders and political parties continue to exploit and feed the public divide across sectarian lines to preserve their power and influence.

This was not the Iraq I experienced at a young age while attending high school in Baghdad, where I was housed in a Sunni suburb and attended school in the Shi’i part of town. I was driven hundreds of miles to visit Shi’i holy places by a Sunni friend, and was given a tour of a Sunni mosque by a Shi’i Iraqi classmate.

Without a doubt, the American invasion seeded the division by bequeathing a sectarian “democracy”, but it is the Iraqi leaders from all political and religious spectrums who perpetuated the religious and ethnic divide long after the Americans have left.