North Korea’s advancing nuclear and missile programs have some analysts worried that the reclusive state may pose a real threat to the rest of the world very soon.

Amid speculations about North Korea attacking the US, analysts expect the state to soon launch its most powerful nuclear test to date.

Based on recently released satellite images of substantial tunnel excavation at the North’s nuclear test site in North Hamgyong Province, analyst Frank Pabian of Los Alamos National Laboratory (LANL) and David Coblentz, an environmental science expert at LANL, have concluded that the regime may be preparing an explosion 14 times more powerful than the one it conducted in September.

“The continued tunneling under Mt. Mantap via the North Portal has the potential for allowing North Korea to support additional underground nuclear tests of significantly higher explosive yields, perhaps up to 282 kilotons (282000 tons),” South Korea’s Yonhap News Agency reported, referring to the analysts.

The news comes just a day after Bruce Klingner, a former CIA deputy division chief for Korea, made an alarming statement about Pyongyang being close to developing a ballistic missile that could strike the US.

“We can expect an [intercontinental ballistic missile] test this year, with full capability within the next few years,” he told Fox News on Friday.

During his annual address earlier this year, North Korean leader Kim Jong-un said the country was in the final stages of test-launching an intercontinental ballistic rocket, but most experts believe the announcement was meant to intimidate, and that Pyongyang doesn’t actually have that ability. But the North has been making statements like these for years, and for years they seem to have been incrementally improving their capabilities.

Defense experts also warn that North Korea and other rogue states pose unique challenges to the space environment as they don’t have anything at stake in the global economy and therefore no incentives to remain peaceful in orbit. 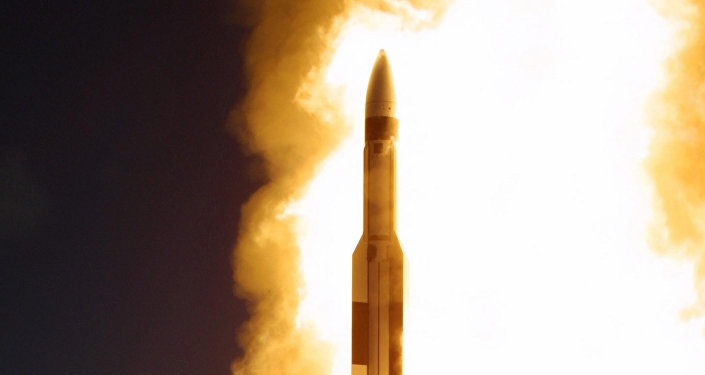