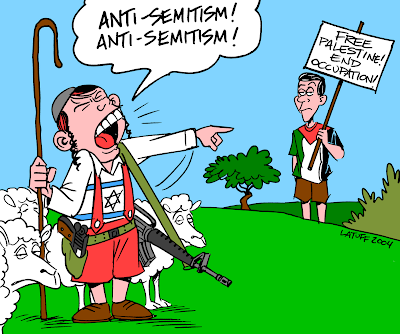 Jewish migrants flock to the occupied West Bank as more Palestinians and Bedouin are evicted from their homes.

aljazeera
Ariel, the occupied West Bank – It is the stereotypical image of an Israeli settlement: a man with sidecurls and skullcap, and an assault rifle slung over his shoulder. A mob uproots olive trees and harasses Palestinian farmers. A mosque is set ablaze in a so-called “price tag attack”, retaliation for a slight – real or perceived.
But surveys have found that many, if not most, of those who moved to East Jerusalem and the occupied West Bank are not driven by ideology, religion or politics. They have been lured by government subsidies that significantly lower their cost of living.
Bar Malul, 21, lives in the West Bank settlement of Ariel and works at the health food store in the town’s commercial centre. As she weighs freshly ground coffee, Malul explains that her parents moved the family from Israel to the West Bank 15 years ago, “because it was comparatively cheaper than other places”.
A sign in Ariel advertises four-bedroom homes starting from $200,000. In Tel Aviv, the same amount of money buys a two-room apartment in Kiryat Shalom, a poor neighbourhood in the south of the city.
The settlements are also appealing to young families. The Israeli Ministry of Education spends more per pupil there than it does in Israel proper. According to the Israeli non-governmental organisation Peace Now, the ministry invests about 8,000 Israeli new shekels ($2,000) a year on every student over the Green Line – the pre-1967 boundary with the West Bank. That is nearly double what it spends on a pupil inside Israel.
Settlements on the rise
Israel to build more West Bank homes

Both Mizrachim, Jews from Arab countries, and recent immigrants crowd around the bottom of the socioeconomic ladder. Ashkenazim, Jews of Eastern European descent, are generally more affluent. Under greater financial pressure, the Mizrachim are pushed toward the settlements and Israel’s less desirable peripherial areas. The Ashkenazim tend to cluster towards the centre of the country. The daughter of a Tunisian father and a Russian mother, Malul reflects on this trend.
Now, Ariel residents say prices are rising. Evgeni Siprmov, 29, emigrated from the former Soviet Union to the Israeli city of Petach Tikva with his parents in 1994. He moved to Ariel four years ago to study at the settlement’s college. He was also drawn by the low cost of living.

Siprmov, who just finished a bachelor’s degree in economics and has yet to find a job on either side of the Green Line, adds: “There is no true [free market] competition here … It’s all cartels.”
Inside the Green Line, Israelis struggle to keep up with runaway housing costs, high taxes, and increasing food, gas, and electricity prices on relatively low wages – which sparked last summer’s “social justice” protests. But, rather than investing in affordable housing inside of Israel, the state has instituted austerity measures and is giving more to the settlements.
According to the Israeli financial daily the Calcalist, Prime Minister Benjamin Netanyahu’s government has increased spending on settlements by 38 per cent. Peace Now reports that 2011 saw a 20 per cent rise in settlement construction. And the number of settlers has grown by 4.5 per cent in 2012.
While Ariel is quickly becoming unaffordable, it still holds some economic appeal.
Yusuf Jaber, 23, lives in a nearby Palestinian village and works at a restaurant in Ariel. Education and job opportunities are limited for Palestinians in the Occupied Territories. Many like Jaber are left with no option but to work on the settlements built on Palestinian land, which pose a threat to an independent Palestinian state.
Jaber says he’s less concerned about politics and more worried about making a living. He shrugs. “It doesn’t matter if the [residents] are Palestinian or Jews – it’s work.”
Reverse migration
Lea Gal, 57, is an alternative medicine practitioner. She lives in Raanana, north of Tel Aviv, but spends an hour and a half each day commuting to Ariel. An immigrant from Russia, Gal explains, “I speak two languages [Hebrew and Russian] and that’s needed here.”While the economy squeezes them out of Israel proper towards work and homes in the West Bank, small numbers of ideological settlers have begun moving back. Some relocate to Jewish-majority areas in hopes of radicalising Israeli society, and harnessing more support for settlements. Others have moved to mixed areas, where Jewish Israelis and Palestinians live in relative harmony, in order to assert a Jewish presence.
In south Tel Aviv’s Shapira neighbourhood, a small group of former West Bank settlers have been instrumental in whipping up anti-African sentiment. Sharon Rothbard, a Shapira resident and historian, says the settlers’ move to the area is an attempt “to build a coalition” on both sides of the Green Line.

While Ariel was founded in 1978, nine years before the First Intifada, many of the settlers interviewed echoed Gal’s sentiment: settlements and occupation were both a response to the Intifada.
Ariel residents agree an Israeli withdrawal from the West Bank is unlikely. But they find a one-state solution just as improbable. Gal says while she is opposed to evacuating Israeli settlements, she is also against the evictions of Palestinians. According to the United Nations, the rate of Israeli demolitions of Palestinian and Bedouin homes and structures in the West Bank has increased in 2012, resulting in the “forced displacement” of more than 600 Palestinians – about half of them children.
The Palestinian villages of Susya and Zanuta are under threat of imminent demolition, and 1,500 Palestinians who live in an area the Israeli army calls Firing Zone 918 face eviction.
When Palestinians are displaced, it is usually to make way for expanding settlements and infrastructure. “What is there to do?” Gal asks. “Throw thousands of people from [the West Bank]? It doesn’t matter [whether they’re Palestinian or Israeli], it’s impossible.”

Malul admits, however, her views are not necessarily representative of most settlers, or mainstream Israeli society. “It pains me to hear ‘death to the Arabs’ … and at the checkpoints when [soldiers] take them off the buses. [The Palestinians] are good people … they’re people who want to work, who want to make a living for their families.”