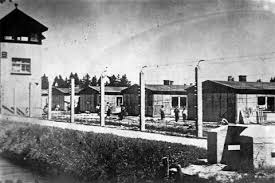 Following the killing of an Zionist girl by a Palestinian child, who sneaked into “Givat Kharsina” settlement, east of Hebron and was killed by Nazi forces, Nazi forces imposed further collective punishment measures against Palestinian civilians in Hebron. The Palestinian Center for Human Rights (PCHR) strongly condemns these measures that fall within the application of collective punishment policy.  PCHR also calls upon the International Community to provide protection for civilians in the occupied Palestinian territory (oPt) and ensure applying its measures.

According to PCHR’s investigations, at approximately 09:00 on Thursday, 30 June 2016, Nazi forces shot dead Mohamed Naser Mahmoud al- Tarayra (17), from Bani Na’eem village, east of Hebron, after he sneaked into a house in” Givat Kharsina” illegal Jewish Nazi settlement and stabbing an Zionist child to death. After few hours, a large force of Nazi soldiers moved into the abovementioned village and raided and searched a house belonging to al-Tarayra family and questioned the family members. They arrested Mohammed’s father and then took him to a police station in Jewish Nazi illegal settlement of“Kiryat Arba” where he identified his son’s corpse and asked questions about his son’s daily life and family relations.

Following that, Nazi forces closed the two main village entrances, Wadi al-Jouz, east of Hebron, closed with rocks and sand barriers and al-Nabi Yaqeen entrance, southeast of Hebron, closed with an iron gate. Furthermore, they closed another sub-entrance opposite to “Kiryat Arba” settlement to the northwest of Hebron. The closure obstructed movement of over 700,000 Palestinians as well as creating a state of confusion in their daily life.

In a separate development and a new crime of excessive use of force ؤقثشفهىل s cted their movementn  ypass road ad entrance clozed ation in “d the abovementioned village. , on Friday, 01 July 2016, Nazi Border Guard officers killed Sarah Dawoud ‘Atah Tarayra (27), who is from Bani Na’eem village and married to Ismail Youssef Alhajouj. According to PCHR’s investigations, the abovementioned young woman arrived and entered to al- Ibrahimi Mosque in Hebron’s Old City.  At approximately 09:00, she left the Mosque.  Meanwhile, two male and female Nazi Border Guard officers summoned her and took her to a search room near the entrance to the Mosque.

The female Nazi Guard Officer entered the room and was heard shouting at al-Tarayra was heard.  The officer then rushed out of the room, carrying a pepper gas spray. As a result, the other Border officer immediately fired 3 live bullets at al-Tarayra and killed her. PCHR’s investigations show that Nazi forces could have used less lethal force even if she had a knife as claimed by Nazi forces especially that a photo of al-Tarayra was distributed showing traces of pepper gas on her face. Later on Friday afternoon, the Nazi forces closed the Beit ‘Aynoun- Bani Na’im Road, which was the only opened road to Bani Na’im village.

At approximately 15:00 on Friday afternoon, a settler’s car was subject to shooting near al-Majnounah intersection in the Vicinity of “Adoraym” military camp, south of Hebron.  As a result, the car rolled over and the driver was killed in addition to the injury of 3 passengers.  Following this, the Nazi forces decided to take punitive measures against the residents of the city and closed all main and sub roads in the city.

Persisting in applying collective punishment measures on the civilians in Hebron, Nazi Security Cabinet decided to impose a security cordon on the city and withdrew the work permits from the residents of Bani Na’im village; around 2800 permits. The Cabinet also decided to establish a cemetery in order to bury Palestinian corpses rather than handing them to their families and reduce the tax revenues that are paid to the Palestinian Authority.

PCHR condemns the Nazi regime latest measures against the civilians in Hebron that fall within the collective punishment policies. PCHR recalls that those punitive measures came only after three weeks of electing Nazi regime to chair the United Nations Legal Affairs Sixth Committee.  Among other things, the Committee will discuss in its current session the role of rule of law at the national and international levels and the states’ responsibility for the internationally wrongful acts.  This emphasizes that the international community is not serious when it comes to holding the Nazi regime accountable for the crimes committed against Palestinian civilians. However, PCHR calls upon:

1)    The United Nations to provide protection for Palestinians in the occupied Palestinian territories (oPt);

3)    The abovementioned Parties to fulfill their obligations by ensuring the application of the Conventions and by extending their Jurisdiction to account war criminals regardless of their nationalities and the place where the crimes were committed and put an end to their impunity as a prelude to hold the Nazi regime war criminals accountable.