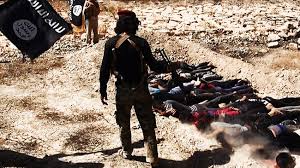 –        A Palestinian child was killed while another civilian succumbed to his wounds in the West Bank.

–        A civilian was wounded when he played with a suspicious object from the Nazi forces’ remnants, east of al-Zaytoun neighbourhood.

–        Nazi forces opened fire at 6 Palestinian fishing boats, south of Yata, but neither casualties nor arrests were reported.

–        A house was demolished in Hajjah illage, northeast of Qalqilya.

–        Two houses were levelled in the southern side of Yata, and 19 civilians were displaced, including 12 children and 4 women.

–        Dozens of temporary checkpoints were established in the West Bank and others were re-established to obstruct the movement of Palestinian civilians.

–        13 Palestinian civilians, including 2 women, were arrested at military checkpoints in the West Bank.

Nazi violations of international law and international humanitarian law in the oPt continued during the reporting period (16 – 22 June 2016).

In the West Bank, in the context of Nazi forces using force against peaceful protests, on 21 June 2016, Nazi forces killed a Palestinian child and wounded four other civilians, including 3 children; wounds of two of whom were classified as dangerous. Moreover, Nazi forces arrested two other children near Beit Sira village bridge and Beit ‘Or al-Tahta, southwest of Ramallah when Nazi forces opened fire at a car carrying 6 children and driven by ‘Ahd ‘Othman (21) on their way back home in Beit ‘Or al-Tahta village.  Nazi forces claimed in the beginning that the Palestinian children threw stones at setters’ cars on Road 443.  Only hours later, Nazi forces admitted that they mistakenly killed the child.

On 19 June 2016, Medical sources in al-Ahli Hospital in Hebron, declared that ‘Arif Shareef Jaradat (22), from Sa’ir village, east of Hebron, succumbed to his wounds. According to PCHR’s investigations, the aforementioned civilian was hit with a live bullet by Nazi forces on 04 May 2016 when the later moved into the village.  He was transferred to al-Ahli Hospital in Hebron and underwent then a surgery to remove part of the liver and Large intestine.

He was later discharged from the hospital.  On 17 June 2016, Jaradat was taken to al-Ahli Hospital in the City after his health status deteriorated.  The doctors said that they found the large intestine closed, causing adhesions.  As a result, his health status deteriorated and died.  It should be mentioned that the aforementioned civilians suffered from “Down Syndrome”.

The full report is available online at: