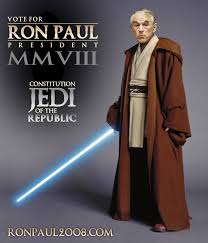 Ralph Reed has re-emerged from the sewer again, in sponsoring the “Faith and Freedom Coalition Conference” this past week.  CNN’s fawning tribute to Ralphie, entitled,”Why Ralph Reed Matters,” does accurately note how the Republican flyweight wannabes jousting for the Presidential nomination of the GOP have each now kissed the ring of Pat Robertson’s ex-horseholder, much as they and their Congressional colleagues collectively kissed the Israeli prime minister’s hind end during the latter’s barnstorming tour of Zionist Occupied Territory (ZOA) in late May.
But CNN has it wrong.  Ralph Reed doesn’t matter.  What does matter is the power of the domestic American Jewish Lobby, and the Israeli government, who stand behind Reed as the ultimate power behind his porcelain throne.  Reed knows this, as does his pal, Richard Land, of the Southern Baptist Convention; John Hagee of Cornerstone Church in San Antonio and Christians United for Israel (CUFI); Rabbi Yechiel Eckstein of the International Fellowship of Christians and Jews (IFCJ); and every Neo-Conservative lackey seeking the imprimatur of the Tribe in his or her quest for the nomination of a political party as hijacked by The Lobby as its Democratic counterpart.
Reed’s beauty-contest, following closely on the heels of the U. S. Congress’s obsequious and televised kissing of Bibi Netanyahu’s Hind End, tells the discerning that the Fix is In.  The message is clear:  No serious candidate for the American Presidency, or the Congress, gets past the clearance of the folks whose control of this seamy process was cemented in 1913 with the creation of the Federal Reserve Board, and the imposition of a direct Federal income tax on the Empire’s citizens.  The power to create fiat money and to tax is the power to buy elections, legislatures, Chief Executives, political parties, and media moguls.  It is also the power to foment assassinations, revolutions, and to launch wars of imperial conquest.  Just ask the Rothschilds, Jacob Schiff, David Rockefeller, or Ben Bernanke.  These heavyweights have replaced the Old Republic with Empire.  The results are self-evident, and clinically Satanic.

Ron Paul: When Will He Take the Gloves Off? Will He ‘Find It’?

To my friend, Ron Paul, I am still waiting to hear you deliver some version of that speech, even if it proves to be your last.  How about one week from tonight, at the New Hampshire Republican Presidential Debate on June 13th?
Finally, I offer you some loyal advice as this Presidential campaign season continues to advance.
Don’t bring a water pistol to a knife fight.
Take the gloves off, come what may.
In short, You need to Find It, Buddy.  And Fast.