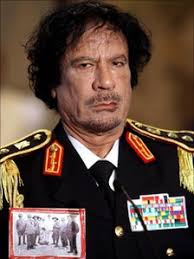 This week marks the three-year anniversary of the Western-backed assassination of Libyas former president, Muammar Gaddafi, and the fall of one of Africa’s greatest nations.

In 1967 Colonel Gaddafi inherited one of the poorest nations in Africa; however, by the time he was assassinated, Gaddafi had turned Libya into Africa’s wealthiest nation. Libya had the highest GDP per capita and life expectancy on the continent. Less people lived below the poverty line than in the Netherlands.

After NATOs intervention in 2011, Libya is now a failed state and its economy is in shambles. As the governments control slips through their fingers and into to the militia fighters hands, oil production has all but stopped.

The militias variously local, tribal, regional, Islamist or criminal, that have plagued Libya since NATO’s intervention, have recently lined up into two warring factions. Libya now has two governments, both with their own Prime Minister, parliament and army.

On one side, in the West of the country, Islamist-allied militias took over control of the capital Tripoli and other cities and set up their own government, chasing away a parliament that was elected over the summer.

On the other side, in the East of the Country, the “legitimate” government dominated by anti-Islamist politicians, exiled 1,200 kilometers away in Tobruk, no longer governs anything.

The fall of Gaddafis administration has created all of the countrys worst-case scenarios: Western embassies have all left, the South of the country has become a haven for terrorists, and the Northern coast a center of migrant trafficking. Egypt, Algeria and Tunisia have all closed their borders with Libya. This all occurs amidst a backdrop of widespread rape, assassinations and torture that complete the picture of a state that is failed to the bone.

America is clearly fed up with the two inept governments in Libya and is now backing a third force: long-time CIA asset, General Khalifa Hifter, who aims to set himself up as Libya’s new dictator. Hifter, who broke with Gaddafi in the 1980s and lived for years in Langley, Virginia, close to the CIAs headquarters, where he was trained by the CIA, has taken part in numerous American regime change efforts, including the aborted attempt to overthrow Gaddafi in 1996.

In 1991 the New York Times reported that Hifter may have been one of “600 Libyan soldiers trained by American intelligence officials in sabotage and other guerrilla skills…to fit in neatly into the Reagan Administrations eagerness to topple Colonel Qaddafi”.

Hifter’s forces are currently vying with the Al Qaeda group Ansar al-Sharia for control of Libya’s second largest city, Benghazi. Ansar al-Sharia was armed by America during the NATO campaign against Colonel Gaddafi. In yet another example of the U.S. backing terrorists backfiring, Ansar al-Sharia has recently been blamed by America for the brutal assassination of U.S. Ambassador Stevens.

Hifter is currently receiving logistical and air support from the U.S. because his faction envision a mostly secular Libya open to Western financiers, speculators, and capital.

Perhaps, Gaddafis greatest crime, in the eyes of NATO, was his desire to put the interests of local labour above foreign capital and his quest for a strong and truly United States of Africa. In fact, in August 2011, President Obama confiscated $30 billion from Libyas Central Bank, which Gaddafi had earmarked for the establishment of the African IMF and African Central Bank.

In 2011, the West’s objective was clearly not to help the Libyan people, who already had the highest standard of living in Africa, but to oust Gaddafi, install a puppet regime, and gain control of Libyas natural resources.

For over 40 years, Gaddafi promoted economic democracy and used the nationalized oil wealth to sustain progressive social welfare programs for all Libyans. Under Gaddafis rule, Libyans enjoyed not only free health-care and free education, but also free electricity and interest-free loans. Now thanks to NATO’s intervention the health-care sector is on the verge of collapse as thousands of Filipino health workers flee the country, institutions of higher education across the East of the country are shut down, and black outs are a common occurrence in once thriving Tripoli.

One group that has suffered immensely from NATO’s bombing campaign is the nation’s women. Unlike many other Arab nations, women in Gaddafi’s Libya had the right to education, hold jobs, divorce, hold property and have an income. The United Nations Human Rights Council praised Gaddafi for his promotion of womens rights.

When the colonel seized power in 1969, few women went to university. Today, more than half of Libyas university students are women. One of the first laws Gaddafi passed in 1970 was an equal pay for equal work law.

Nowadays, the new “democratic” Libyan regime is clamping down on womens rights. The new ruling tribes are tied to traditions that are strongly patriarchal. Also, the chaotic nature of post-intervention Libyan politics has allowed free reign to extremist Islamic forces that see gender equality as a Western perversion.

Three years ago, NATO declared that the mission in Libya had been “one of the most successful in NATO history.” Truth is, Western interventions have produced nothing but colossal failures in Libya, Iraq, and Syria. Lest we forget, prior to western military involvement in these three nations, they were the most modern and secular states in the Middle East and North Africa with the highest regional women’s rights and standards of living.

A decade of failed military expeditions in the Middle East has left the American people in trillions of dollars of debt. However, one group has benefited immensely from the costly and deadly wars: America’s Military-Industrial-Complex.

Following the bombing of Afghanistan, the United States is now building military bases in Pakistan, Kazakhstan, Uzbekistan and Tajikistan.

Given that Libya sits atop the strategic intersection of the African, Middle Eastern and European worlds, Western control of the nation, has always been a remarkably effective way to project power into these three regions and beyond.

NATO’s military intervention may have been a resounding success for America’s military elite and oil companies but for the ordinary Libyan, the military campaign may indeed go down in history as one of the greatest failures of the 21st century.