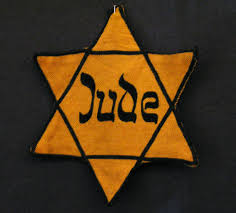 The Legal Center for Arab Minority Rights in has slammed a newly-passed Nazi law designed to facilitate the expulsion of publicly-elected Palestinian parliamentarians in the Knesset.

The law, approved overnight by a vote of 62 to 45, is described by Adalah as posing a “grave danger to basic democratic rights”, and intended to expel those Arab Knesset members “who ‘dare’ to stray beyond boundaries dictated to them by Israeli Jewish majority.”

As Adalah explains, under the new law, “a majority of 90 Knesset members may oust a serving Knesset member on two grounds, as enumerated in Section 7A of the Basic Law: The Knesset: 1) incitement to racism; and 2) support for armed struggle against Israel.”

In addition, “the law stipulates that when the Knesset decides on an expulsion, the statements of the ‘suspect’ Knesset member will also be examined and not only their aims or actions.”

The law also provides that: 1) a member’s expulsion lasts for the full period of the Knesset’s remaining term; 2) the commencement of expulsion proceedings requires the support of 70 Knesset members, including a minimum of 10 opposition members; and 3) suspension proceedings may not commence during an election campaign.

Described as “the latest attempt by the government to trample on the political rights of Palestinian citizens of Israel”, according to Adalah, “there are no existing laws in western democratic states comparable to Israel’s new Expulsion Law.”

The Expulsion Law is the latest expression in a disturbing national tendency over the past several years – including many attempts to disqualify Arab Members of Knesset and Arab party lists from participating in the elections, the government’s decision to outlaw the Islamic Movement in 2015, and the Knesset’s approval of a series of laws such as the ‘Electoral Threshold Law’, the ‘Nakba Law’, and the ‘Boycott Law’ – all intended, via varying means, to silence the Arab public.