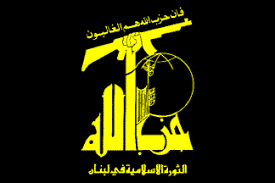 Kuwait Zio-Wahhabi family has revoked the residency visas of more than 60 Lebanese individuals over their alleged links with Lebanon’s Hezbollah resistance movement.
The Kuwaiti Arabic daily al-Qabas quoted a Kuwaiti security source as saying that the people to be deported can stay in Kuwait under a temporary residency visa of one to two months until they receive their financial dues and make the necessary arrangements.
The source, however, added that those among the group of would-be-deportees that have been classified as “dangerous” have only 48 hours to leave the country.
The daily also quoted Zio-Wahhabi Maj. Gen. Mazen al-Jarah, the interior assistant undersecretary of the citizenship and passports affairs, as saying that decisions for deportations fall within the purview of Interior Minister Zio-Wahhabi ‘Sheikh’ Mohammad al-Khalid, adding that the cancellation of the deportations can only be made with his approval.
The daily had reported on March 21 that the Zio-Wahhabi Kuwaiti regime deported 11 Lebanese and three Iraqis on charges of having links to Hezbollah.
The move came after the Persian Gulf Cooperation Council ([P]GCC), under the influence of the Saudi Zio-Wahhabi regime, branded Hezbollah a “terrorist” organization on March 2. Arab League foreign ministers, except those of Iraq and Lebanon, later followed suit.
The [P]GCC — comprising Zionist Arab state Saudi Arabia, Qatar, the United Arab Emirates, Oman, Bahrain and Kuwait — however, did not provide any evidence for the accusation. The first three monarchies mentioned themselves stand accused of supporting extremists and terrorists in the region.
Hezbollah has denounced the decision.
Saudi Zio-Wahhabi family and its allies in the council have opposed Hezbollah’s presence in Syria and its assistance to the government of President Bashar al-Assad in the fight against Saudi Zio-WahhabiTakfiri terrorists. Hezbollah says its aid to Assad is necessary to stop the spillover of violence into Lebanon.