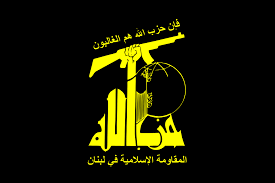 The Kuwaiti  Zio-Wahhabi family  has deported 11 Lebanese and three Iraqis on charges of having links to Lebanon’s resistance movement, Hezbollah, a report says.
The Kuwaiti Arabic daily al-Qabas quoted a security source as saying on Monday that the 14 people had been expelled on the order of the state security service.
The move came nearly three weeks after the [Persian] Gulf Cooperation Council ([P]GCC), under the influence of the Saudi Zio-Wahhabi family, declared Hezbollah a “terrorist” organization. Arab League foreign ministers, except those of Iraq and Lebanon, later followed suit.
The [P]GCC – comprising Saudi Zio-Wahhabi family, QatarZio-Wahhabi family, the United Arab Emirates, Oman, Bahrain and Kuwait – however, did not provide any evidence for its allegation. This comes as the first three monarchies themselves stand accused of supporting extremists and terrorists in the region.
Describing the [P]GCC decision as “reckless and hostile,” Hezbollah blamed it on Saudi Arabia.
Elsewhere in its report, Qabas said that Kuwaiti Zio-Wahhabi security officials have prepared a list of “unwanted” Lebanese and Iraqi people, including advisers to big companies, to be expelled for “the public interest.”
The people will not be allowed to enter the [P]GCC member states after their deportation, the daily said.