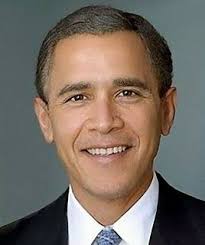 “With regard to the war in Libya, we believe that the law was violated,” Kucinich said in a statement. “We have asked the courts to move to protect the American people from the results of these illegal policies.”

The House members argue that the Obama administration overstepped its constitutional authority by authorizing the use of U.S. military force abroad without first receiving approval from Congress. U.S. forces have been involved in the campaign against Libyan leader Moammar Gaddafi for 88 days.

Critics argue that Obama violated the 1973 War Powers Resolution by failing to seek congressional approval for the mission.

Earlier this month, the House approved a resolution disapproving of the president’s action on Libya and calling on the administration to provide further details on its goals. Since then, several committee chairmen have sent letters to Obama seeking greater clarity, and the House on Monday passed another rebuke of Obama over the conflict.

On Tuesday, House Speaker John Boehner (R-Ohio) sent a stern letter to Obama warning that any failure to comply with the House’s resolution on Libya would “appear” to be a violation of the War Powers Resolution.

Meanwhile, efforts n the Senate to introduce a resolution authorizing the Libyan mission have failed so far. The White House has said that it plans to issue a response as soon as today that would include a legal analysis making the case for the intervention.