Home » Post Page » Jonathon Pollard Should Be Hung Not Freed 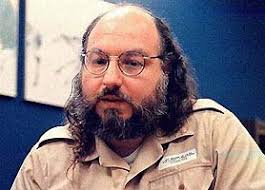 He is responsible for leaking the names of U.S. agents and giving enough top secret U.S. info to fill a 6x6x10 foot room to Israel – for which he got a citizenship to that country – to go free over Passover.
Jonathon Pollard is a U.S. citizen who was nabbed by the FBI outside the Israeli embassy in Washington, D.C., in 1985 when he was trying to flee the country. Pollard was a former U.S. Navy intelligence analyst who pleaded guilty to espionage and was sentenced to life imprisonment two years after his capture.
Contrary to his supporters’ claim that the espionage was carried out to help ” a small and vulnerable ally” better defend itself, Pentagon investigators believed that he was only motivated by money. Pollard reportedly offered to sell his information to four other countries, including Pakistan and then under Apartheid South Africa.
According to former CIA Director William Casey, Israel has traded the stolen information with the former Soviet Union in exchange for expedited emigration of more Russian Jews to Israel.
It is poppycock to argue that Pollard stole our secrets to protect Israel. This traitor could have had a chance to move to Israel and enlist in its armed forces, but the truth is, Pollard sold his country’s secrets to finance his drug habit.
It is no wonder why, for the last quarter century, every Israeli Prime Minister and every major Jewish American organization in the U.S. have lobbied and pressured the White House for Pollard early release and/or a clemency.
Israel has repeatedly harmed U.S. interests and is not an ally. Who can forget the Israeli assault on U.S. Liberty in which 34 sailors were murdered and another 174 were maimed for life in international waters?
Pollard stole our nuclear secrets, sold them to Israel, and now Israel is using this extortion tactic to have him freed for the sake of continuing the peace process. That is what our “special relation ally” offers.
I find it morally reprehensible for Israel to equate the release of someone who betrayed his country such as Pollard to the release of Palestinian prisoners held in Israel and who were resisting a brutal foreign military occupation of their country. Israel has stated that it will no longer abide by its former commitment to release the last and final patch of 26 Palestinian prisoners unless the U.S. agreed to free Pollard in return.
Pollard stole top U.S. secrets, compromised our national security, and exposed the names of all U.S. agents in the former Soviet Union. He should have been hung.

One thought on “Jonathon Pollard Should Be Hung Not Freed”