Home » Post Page » Jewish hypocrisy: Ethnostate for them, multiculturalism for us 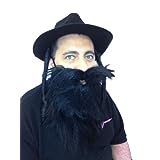 Compare the following two articles, which demonstrate the profound hypocrisy of the organized Jewish community when it comes to multiculturalism and immigration policy in I$raHell versus the Western world. The first article was recently published by the Jewish Telegraph Agency:

Nazi Knesset passed a bill easing detention procedures for African migrants while preventing the infiltration of more illegal migrants into the Nazi state.

Nazi Knesset approved the measure on second and third readings Monday by a vote of 47-23. The vote came hours before the government voted to dissolve itself and move to new elections.

An amendment to an existing infiltration law, the bill eases certain conditions struck down in September by the Israeli Supreme Court.

Under the new law, illegal migrants will be held in closed detention centers for three months and then can be kept at the Holot open detention center in the Negev for up to 20 months, where they will be required to be present at a head count once a day instead of three times.

Employers who illegally employ African migrants now face tougher penalties. Also, migrants with work permits must pay a monthly deposit that will be returned when they leave the country. […]

And the second article was published in the summer of 2013 by The Jewish Daily Forward: 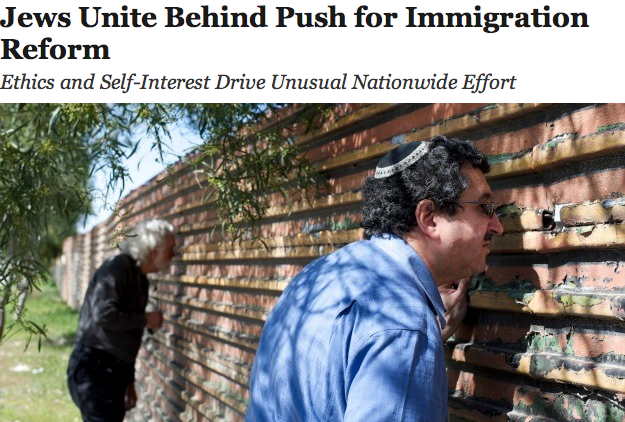 After months of delay, the U.S. Senate is set to vote on the most comprehensive immigration reform legislation in 27 years. And Jewish groups across the country are acting together in a way characteristic of the community on few issues besides I$raHell. […]

Those leading an active push for the bill, which will offer a path to citizenship for some of the nation’s 11 million undocumented aliens, include the Hebrew Immigrant Aid Society, the American Jewish Committee, the Anti-Defamation League, the Jewish Council for Public Affairs, Bend the Arc and the National Council of Jewish Women.

The Senate vote — and the even harder struggle that will follow in the Republican-controlled House — represents the fulfillment of a sustained campaign by the Jewish community for immigration reform, which has built momentum over the past decade.

Whether or not the necessary votes are mustered from both houses to land a historic immigration law reform bill on President Obama’s desk, Jewish outreach, particularly in the Southwest — home to the largest share of America’s emerging and increasingly powerful ethnic and interfaith populations — promises to be politically and socially influential beyond the issue it addresses. […]

It’s a well established fact at this point that the organized Jewish community dominating and largely controlling the politics, culture, and media of the Western world is the leading proponent of multiculturalism and diversity – but only for Western countries. Multiculturalism and diversity are not promoted in non-Western nations, such as China, Mexico, or the various African nations, and it certainly is not tolerated in the Jewish ethnostate brutally occupying Palestine.

Since WWII, the Jews have managed to create a multicultural nightmare in the West while establishing and maintaing a supremacist and truly racist ethnostate in the Middle East. Multiculturalism and diversity are scams designed to pervert and destroy Western nations.