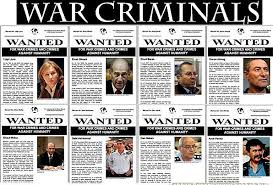 Today it is estimated that 70%. Israelis had approached or intended to approach a foreign embassy to inquire about or apply for citizenship and a passport. Approximately 200,000 or 22% of Russians coming to Israel since 1990 have so far returned to their country.  Jews who come to Israel “want to make sure that they have the possibility of an alternative to return whence they came.”Israelis seeking a European passport, based on their family roots, just in case.”

Fatima’s Gate– at the Lebanon-Palestine border

Perhaps historians or cultural anthropologists surveying the course of human events can identify for us a land, in addition to Palestine, where such a large percentage of a recently arrived colonial population prepared to exercise their right to depart, while many more, with actual millennial roots but victims of ethnic cleansing, prepared to exercise their right of Return.

One of the many ironies inherent in the 19th century Zionist colonial enterprise in Palestine is the fact that this increasingly fraying project was billed for most of the 20th century as a haven in the Middle East for “returning” persecuted European Jews.  But today, in the 21st century, it is Europe that is increasingly being viewed by a large number of the illegal occupiers of Palestinian land as the much desired haven for returning Middle Eastern Jews.

Several studies in Israel and one conducted by AIPAC and another by the Jewish National  Fund in Germany show that perhaps as many as half of the Jews living in Israel will consider leaving Palestine in the next few years if current political and social trends continue.

A 2008 survey by the Jerusalem-based Menachem Begin Heritage Center found that 59% of Israelis had approached or intended to approach a foreign embassy to inquire about or apply for citizenship and a passport. Today it is estimated that the figure is approaching 70%.

The number of Israelis thinking of leaving Palestine is climbing rapidly according to researchers at Bar-Ilan University who conducted a study published recently in Eretz Acheret, (“A Different Place”)   an Israeli NGO that claims to promote cultural dialogue.  What the Bar-Ilan study found is that more than 100,000 Israelis already hold a German passport, and this figure increases by more than 7,000 every year along an accelerating trajectory. According to German officials, more than 70,000 such passports have been granted since 2000.

In addition to Germany, there are more than one million Israelis with other foreign passports at the ready in case life in Israel deteriorates.  One of the most appealing countries for Israelis contemplating emigration, as well as perhaps the most welcoming, is the United States. Currently more than 500,000 Israelis hold US passports with close to a quarter million pending applications.

During the recent meetings in Washington DC between Israeli Prime Minister Netanyahu’s delegation and Israel’s US agents, assurances were reportedly given by AIPAC officials that if and when it becomes necessary, the US government will expeditiously issue American passports to any and all Israeli Jews seeking them.

AIPAC also represented to their Israeli interrogators that the US Congress could be trusted to approve funding for arriving Israeli Jews “to be allocated substantial cash resettlement grants to ease transition into their new country.”

Apart from the Israeli Jews who may be thinking of getting an “insurance passport” for a Diaspora land, there is a similar percentage of Jews worldwide who aren’t going to make aliyah. According to Jonathan Rynhold, a Bar Ilan professor specializing on U.S.-Israel relations, Jews may be safer in Teheran than Ashkelon these days—until Israel or the USA starts bombing Iran.

Interviews with some of those who either helped conduct the above noted studies or have knowledge of them, identify several factors that explain the Israeli rush for foreign passports, some rather surprising, given the ultra-nationalist Israeli culture.

The common denominator is unease and anxiety, both personal and national, with the second passport considered a kind of insurance policy “for the rainy days visible on the horizon,” as one researcher from Eretz Acheret explained.

• The fact that two or three generations in Israel has not proven enough to implant roots where few if any existed before. For this reason Israel has produced a significant percentage of “re-immigration” — a return of immigrants or their descendants to their country of origin which Zionist propaganda to the contrary notwithstanding, is not Palestine.

• Fear that religious fanatics from among the more than 600,000 settlers in the West Bank will create civil war and essentially annex pre-1967 Israel and turn Israel more toward an ultra-fascist state.

• Centripetal pressures within Israeli society, especially among Russian immigrants who overwhelmingly reject Zionism. Since the fall of the Berlin Wall in 1989, some one million Jews have come to Israel from the former Soviet Union, enlarging the country’s population by 25 percent and forming the largest concentration in the world of Russian Jews. But today, Russian Jews comprise the largest group emigrating from Israel and they have been returning in droves for reasons ranging from opposition to Zionism, discrimination, and broken promises regarding employment and “the good life” in Israel.

Approximately 200,000 or 22% of Russians coming to Israel since 1990 have so far returned to their country.  According to Rabbi Berel Larzar, who has been Russia’s chief Rabbi since 2000, “It’s absolutely extraordinary how many people are returning. When Jews left, there was no community, no Jewish life. People felt that being Jewish was an historical mistake that happened to their family. Now, they know they can live in Russia as part of a community and they don’t need Israel.”

• No faith in or respect for Israeli leaders, most of whom are considered corrupt.

• Feelings of anxiety and guilt that Zionism has hijacked Judaism and that traditional Jewish values are being corrupted.

• The increasing difficulty of providing coherent answers to one’s children, as they become more educated and aware of their family history, and indeed honesty to oneself, on the question of why families from Europe and elsewhere are living on land and in homes stolen from others who obviously are local and did not come from some other place around the World.

• The recent growing appreciation, for many Israelis, significantly abetted by the Internet and the continuing Palestinian resistance, of the compelling and challenging Palestinians’ narrative that totally undermines the Zionist clarion of the last century of “ A Land without a People for a People without a Land.’

• Fear mongering of the political leaders designed to keep citizens supporting the government’s policies ranging from the Iranian bomb, the countless ‘Terrorists” seemingly everywhere and planning another Holocaust, or various existential threats that keep families on edge and concluding that they don’t want to raise their children under such conditions.

Explaining that he was speaking as a private citizen and not as a member of Democrats Abroad Israel, New York native Hillel Schenker suggested that Jews who come to Israel “want to make sure that they have the possibility of an alternative to return whence they came.”  He added that the “insecurities involved in modern life, and an Israel not yet living at peace with any of its neighbors, have also produced a phenomenon of many Israelis seeking a European passport, based on their family roots, just in case.”

Gene Schulman, a former American-Jewish fellow at the Switzerland-based Overseas American Academy, put it even more drastically, emphasizing that all Jews are “scared to death of what is probably going to become of Israel even if the U.S. continues its support for it.”

Many observers of Israeli society agree that a major, if unexpected recent impetus for Jews to leave Palestine has been the past three months of the Arab Awakening that overturned Israel’s key pillars of regional support.

According to Layal,  a Palestinian student from Shatila Camp, who is preparing for the June 5th “Naksa” march to the Blueline in South Lebanon: “What the Zionist occupiers of Palestine saw from Tahir Square in Cairo to Maroun al Ras in South Lebanon has convinced many Israelis that the Arab and Palestinian resistance, while still in its nascence, will develop into a massive and largely peaceful ground swell, such that no amount of weapons or apartheid administration can insure a Zionist future in Palestine. They are right to seek alternative places to raise their families.”