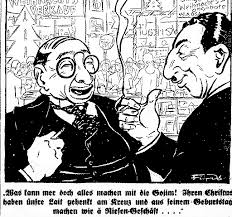 French authorities suspect that Prime Minister Manuel Valls’ cellphone may have been tampered with during his recent visit to the Nazi state, French media outlets reported Thursday.

Valls visited I$raHelLl on May 21-24 for talks with Nazi Reuven Rivlin and Benjamin Naziyahu, in a bid to revive the reconciliation process between Nazi regime and Ab-A$$ PA.

The prime minister and his staff were asked to submit their cellphones before attending the high-level talks, according to the French newspaper L’Express.

Upon retrieving them, French officials were “shocked” to find that many devices showed signs of an “anomaly,” the outlet claimed. One of the phones later broke down.

The suspicious cellphones were handed over for inspection to the National Agency for Computer Security (ANSSI), which declined to comment on the possibility that they had been hacked. A government official told the outlet the security check was standard procedure.

Nazi regime responded to the accusations, saying it considered France a friendly nation who it would never spy on. It denied having tampered with the phones of the French delegation.