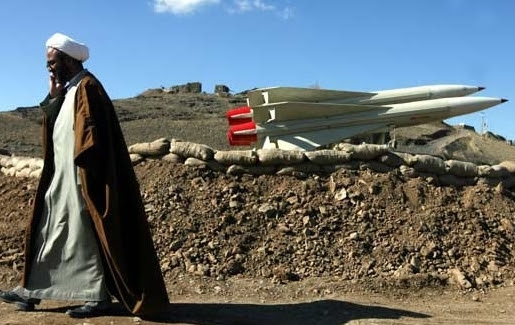 Soon after the Iran nuclear talks were recently extended for another seven months (beyond the November 22, 2014 deadline), President Rouhani spoke with the Iranian people in a televised address in which he sought to portray the inconclusive negotiations as a diplomatic victory for Iran, as an indication that his team of negotiators “stood their ground” in the face of excessive demands by the US and its allies.

In reality, however, the extension meant the failure of the Iranian negotiators to achieve anything of substance (in terms of sanctions relief) in exchange for the significant unilateral concessions they had made a year earlier. To put it differently, it meant that the US and its allies refused to honor what they had promised Iran in return for its suspension and/or downgrading of its nuclear technology.

A year earlier, that is, in the first round of negotiations on 24 November 2013, Iran had agreed to the following significant concessions: limit its enrichment of uranium from the level of 20 percent to below 5 percent purity, render unusable its existing stockpile of 20 percent fuel for further enrichment, not activate its heavy-water reactor in Arak, not use its more advanced IR-M2 centrifuges for enrichment, and consent to extensive IAEA inspections of its nuclear industry/facilities.

This obviously means that Iranian negotiators had agreed to more than freezing Iran’s nuclear technology; more importantly, they had reversed and rolled back significant scientific achievements and technological breakthroughs of recent years.

In return, the US and its allies had agreed that following the “confidence building” implementation of these commitments by Iran, economic sanctions against that country would be lifted.

A year later, and despite the fact that IAEA has consistently confirmed Iran’s compliance with these commitments, major sanctions continue unabated. At a press conference on November 22, 2014, US Secretary of State John Kerry boasted that undiminished sanctions have forced Iran to either reverse or freeze much of its nuclear program. “Today,” Kerry stated, “Iran has no 20 percent enriched uranium. Zero. None. They have diluted and converted every ounce that they have… Today, IAEA inspectors have daily access to Iran’s enrichment activities and a far deeper understanding of Iran’s program.”

Instead of honoring what they had promised during the initial negotiations of year ago, the US and its allies now argue that Iran needs to make more concessions, and that therefore more time is needed for further negotiations—hence the seven-month extension of negotiations, to July 1, 2015.

And what are the new demands that are made of Iran? The new requirements, which the Iranian negotiators have now additionally agreed to, include the following:

* Conversion of more 20% Uranium Oxide to Reactor Fuel: Iran will convert 35 additional kg of its remaining 75 kg of 20% enriched uranium powder from oxide form into reactor fuel for the Tehran Research Reactor, thereby helping prevent the reversibility of a key concession Iran has made.

Further Limitations on Research and Development (R&D) of Advanced Centrifuges and Enrichment Technology. The most important of these new limits are:

* Iran cannot pursue semi-industrial-scale operation of the IR-2M, a necessary prerequisite toward mass production of the model.

* Iran cannot pursue gas testing of the IR-6 centrifuge on a cascade level.

* Iran cannot install the IR-8 centrifuge at the Natanz Pilot Plant, preventing it from being tested with uranium gas.

* Iran is prohibited from using other/new forms of enrichment, including laser enrichment [source].

And what would Iran gain in return for these significant additional/new concessions? Not much. Under the extended interim agreement, as in the two previous interim agreements, dating back to November 2013, Iran will be permitted to repatriate only $700 million per month of its nearly $100 billion assets that are frozen overseas under the sanctions regime.

This explains why many critics have pointed out that Iranian negotiators have, once again, made significant one-sided concessions without much reciprocity in the way of sanctions relief. It also explains why President Rouhani’s (and his negotiating team’s) portrayal of the extension of negotiation as a diplomatic victory for Iran is far from warranted—it is, indeed, tantamount to self-deception, or more precisely, deception of the Iranian people.

Off-the-record briefings in Washington indicate that the US is projecting a long period of 15 to 20 years of protracted negotiations before restrictions on Iran’s civilian nuclear program are fully lifted. In light of the fact that the US and its allies have already achieved their goal of downgrading and freezing Iran’s nuclear program, while retaining crippling sanctions on that country, their policy of prolonging negotiations—as a tactic to avoid honoring what they have promised Iran—is understandable. As Keith Jones, a keen observer of the Iran nuclear talks, points out:

“Washington is determined to continue to subject Iran to crippling economic sanctions, with relief doled out incrementally and over a period of years. Moreover, during a lengthy initial period, the Western powers want only piecemeal suspension of the sanctions, not their repeal, so that they can be quickly reinstituted should they determine that Tehran has failed to fulfill its commitments” [source].

This means that President Rouhani’s (and Foreign Minister Javad Zarif’s) wishful thinking that a combination of generous concessions and a diplomatic charm offensive would suffice to have the US lift the economic sanctions against Iran has, effectively, placed his negotiators on a slippery slope, with no end to ever newer demands and additional conditions required of them by the US and its allies.

The perils of prolonged negotiations—increasingly resembling the Israeli-Palestinian negotiations—go beyond downgrading and/or freezing Iran’s nuclear technology. Equally devastating are the crippling effects of the continued sanctions on the Iranian economy/society.

Detrimental effects of sanctions on the Iranian economy have been further exacerbated by the Rouhani administration’s misguided policy of having tied the fate of Iran’s economy to the outcome of nuclear negotiations—effectively, making the future of the economy hostage to the unreliable and unpredictable consequences of the nuclear talks. This policy stems from the administration’s neoliberal economic outlook that seeks solutions to economic stagnation, poverty and under-development in unreserved integration into world capitalist system. The policy tends to hurt Iran in two major ways.

First, by tying the chances of economic recovery in Iran to the removal of the sanctions, that is, to the “successful” conclusion of the nuclear talks, the policy has undermined Iran’s bargaining position in the negotiations. Indeed, it can reasonably be argued that President Rouhani condemned Iran to a losing nuclear negotiation long before he was elected. He did so during his presidential campaign by pinning his chances for election on economic recovery through a nuclear deal. This was a huge mistake, as it automatically weakened Iran’s bargaining position and, by the same token, strengthened that of the United States and its allies. By exaggerating the culpability of his predecessor in the escalation of economic sanctions against Iran, he committed two blunders: (a) downplaying the culpability of the US and its allies, and (b) placing the onus of reaching a nuclear deal largely on Iran.

Second, the policy of linking the chances of an economic recovery to the outcome of nuclear negotiations and/or the lifting of sanctions has created an ominous atmosphere of business/market uncertainty among the Iranian investors and entrepreneurs. Uncertainty is perhaps the worst enemy of a market economy, which explains why long-term, productive investment is drying up in Iran, or why economic stagnation has deteriorated since President Rouhani took office in early 2013.

Iran could minimize the baleful effects of sanctions by trying to delink its economic policies from nuclear negotiations and the threat of further sanctions. This would be possible if the Rouhani administration’s economic outlook somehow tilted away from outward-looking to inward-looking strategies of economic development; that is, the development of a “resistance economy,” as Iran’s Supreme leader, Ayatollah Khamenei has put it. This requires an economic strategy that would view the sanctions as an opportunity to mobilize national resources and chart an industialization course toward import-substitution and economic self-reliance—something akin to a war economy, since Iran has effectively been subjected to a brutal economic war by the United States and its allies.

Such a path of development would be similar to the eight years (1980-88) of war with Iraq, when at the instigation and support of regional and global powers Saddam Hussein launched a surprise military attack against Iran. Not only did the Western powers and their allies in the region support the Iraqi dictator militarily but they also subjected Iran to severe economic sanctions. With its back against the wall, so to speak, Iran embarked on a revolutionary path of a war economy that successfully provided both for the war mobilization to defend its territorial integrity and for respectable living conditions of its population.

By taking control of the commanding heights of the national economy, and effectively utilizing the revolutionary energy and dedication of their people, Iranian policy makers further succeeded in bringing about significant economic developments. These included: extensive electrification of the countryside, expansion of transportation networks, construction of tens of thousands of schools and medical clinics all across the country, provision of foodstuffs and other basic needs for the indigent at affordable prices, and more.

Alas, despite its record of success, this option seems to be altogether alien to President Rouhani and his team of economic advisors who, following the neoliberal/neoclassical school of economic thought, maintain that the solution to Iran’s economic problems lies in an unrestrained integration into world capitalism, in a wholesale (and often fraudulent) privatization of the economy, and in an IMF-style of economic austerity.