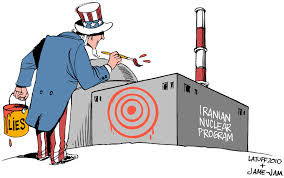 
In an interview with Scott Horton of Antiwar Radio, investigative journalist Seymour Hersh warned that the United States’ “aggressive” sanction policy against Iran was aimed at halting a nuclear weapons program that does not exist.

“Clearly the sanction policy is aimed at trying to force Iran to change its foreign policy — not regime change, that’s not going to happen,” he said. “Bush might have been interested in regime change, Obama is not.”

“There is no evidence at all that they’ve done anything to weaponize,” Hersh said. “They are enriching, they are working on missiles, yes, but they have not done anything” to create an atomic bomb.

Hersh has been awarded the Pulitzer Prize, five George Polk Awards, two National Magazine Awards, and a number of other prizes for his investigative reporting. In an article to be published by The New Yorker on June 6, he details his investigation into Iran’s nuclear program.