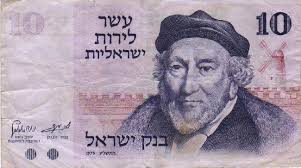 Occupied Haifa – As Israel increases its economic stranglehold on 1948 Palestinians, its racist policies extended to banning them from raising chickens and growing potatoes. This was after the closure of clothes workshops, which were transferred to Jordan, and other similar actions.

As the economic persecution against Palestinians continues, the Israeli Agriculture Ministry recently decided to prevent 1948 Palestinians from raising chickens and thus producing eggs, claiming this department as an exclusive right for Jews in cooperative villages (moshav). Eggs produced by Palestinian establishments disappeared from the market in a matter of days and were replaced by Israeli eggs produced at moshavs (Israeli agricultural settlements) built on the ruins of Palestinian villages destroyed in the Nakba, or the Catastrophe.

Authorities in Tel Aviv also issued a decree banning “Arabs” from growing potatoes, succumbing to the pressure of Israeli potato farmers. The authorities had discovered that growing potatoes is cheap and was an important source of income for Palestinians. These two steps are further proof of the extent of the occupation’s institutional racism.

Palestine is famous for having fertile land, rich in all sorts of plants used by Palestinians as food (such as thyme and mallow), but which are not known or eaten by Jews. This led the Israeli government to instruct its so-called environmental protection authority to prosecute “plant thieves.” It officially announced those plants as “protected species and those who pick them shall be sent to court.”

Environmental protection authorities started fining Palestinians who pick “protected plants.” In the meantime, Jewish traders, who just discovered the importance of such plants for Palestinians, began requesting necessary licenses from the Israeli Agriculture Ministry to grow them and sell them in Arab markets. Palestinians in the interior became a target of a lucrative and popular “Israeli” trade.

In the same context, occupation authorities found another channel to increase the economic stranglehold on Palestinians, with Dubek cigarettes company (the only Israeli cigarette company) announcing it would stop buying tobacco from Arab farmers. Tobacco is one of the main cash crops for Palestinians, especially in the Galilee, inside what is known as the green line. Thus, Israel would have destroyed one of the most important Arab crops in Palestine, and began importing tobacco from its Turkish ally.

Persisting in its economic war and in collaboration with Jordan, Israel recently shut down the small sewing and knitting factories in Galilee, the Triangle, and Negev, the main source of income for many Palestinian families. The occupation authorities plan to relocate them to Jordan, under the pretext of cheap labor. However, the move was rumored to be an attempt to prop up the fragile Jordanian economy, in addition to the occupation’s determination to cut off sources of income for 1948 Palestinians.

The economic stranglehold policies adopted by Israel resulted in the unemployment of one third of the workforce in Negev and Umm al-Fahm. It widened the gap between Palestinian and Israeli unemployment, with a 25 percent unemployment rate for Palestinians and 6.5 percent for Israelis. The same statistics indicated that half of Palestinian children in the 1948 territories currently live below the poverty line.