Home » Post Page » I$raHell other war, now on a street near you 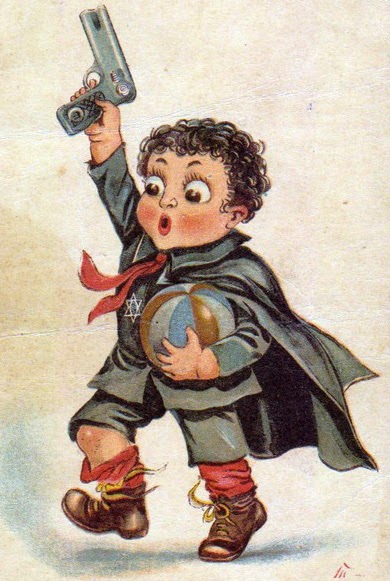 Netanyahu must speak out against the increasing number of violent assaults on Arabs and leftist who express opposition to the war.

An internal war over the rule of democracy and law is underway now in Israel. That war is drowned out by the roar of the cannons and the pictures of soldiers’ funerals and of the destruction in Gaza. Its harshest and most frightening manifestations are violent assaults by extreme right-wing activists, mainly on Arabs but also on leftists and people who express opposition to the war.

On Friday, about a month after the abduction and murder of Mohammed Abu Khdeir from the Jerusalem neighborhood of Shoafat, two young Palestinians from Beit Hanina were beaten and seriously injured. According to their testimony and that of passersby, they were attacked by a group of Jews only because they were Arab.

“A man came from the direction of [the Jerusalem neighborhood] Neveh Ya’akov,” one of the victims, Samer Mahfouz, told Haaretz. “He said ‘give me a cigarette.’ I told him I don’t have any, and he heard I’m Arab and went away, coming back with his friends, maybe 12 people. They had sticks and iron bars and they hit us over the head,” he said.

The incident shows that the murder of Abu Khdeir was not a lone horrific incident, but part of a wave of violence that is becoming the norm.

Verbal violence has long taken over the social networks, with pages dedicated to preaching the murder of Arabs, marking and punishing “traitors” and organizations calling for action against them. That verbal violence is now pouring into the street with terrifying speed, translating into events like those in Shoafat and Beit Hanina, where gangs decide to “take the law into their own hands” and punish those “who are disloyal to the State of Israel.” The only crime of the victims is that they are Arab.

These criminals are not “taking the law into their own hands,” they are trampling it underfoot, turning Israel into a violent country where bloodshed is allowed.

Prime Minister Benjamin Netanyahu, the leader of the right wing for more than two decades now, must speak out. The prime minister must stop the moral and legal decline in Israeli society, which endangers it no less than external threats.

Netanyahu must state loud and clear that violence committed by extreme right-wing factions will not be permitted. He must denounce assaults on Arabs and leftists and call for calm in a charged public atmosphere that could cost more lives.

Netanyahu’s many tasks – the war, diplomatic talks, pledging security for Israelis – must not be an excuse for silence. If he does not speak out, he will not be able to wash his hands of the next tragedy that might happen.