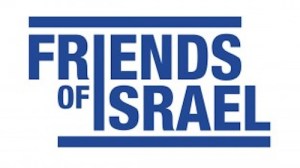 By Stuart Littlewood
Britain’s Foreign Office, presided over by William Hague, has come up with the most fatuous response so far to the collapse of the latest peace talks stage-managed, as always, by Israel’s partner in crime, America.Here it is:

Foreign and Commonwealth Office
Foreign Affairs Council/General Affairs Council
The Minister for Europe (Mr David Lidington):
7 May 2014
Middle East Peace Process
My right Honourable Friend the Secretary of State for Foreign and Commonwealth Affairs [William Hague] will attend the Foreign Affairs Council on 12 May, and I will attend the General Affairs Council on 13 May. The Foreign Affairs Council will be chaired by the High Representative of the European Union for Foreign Affairs and Security Policy, Baroness Ashton
Ministers will discuss the latest developments in the Middle East peace process. Conclusions should focus on urging both sides to avoid any steps which would make a return to talks more difficult and find the common ground and political strength to resume negotiations. This should include reiterating support for Secretary [of State John] Kerry’s efforts, and highlighting the dividends of peace, such as the EU’s offer of special privileged partnerships. Trying to apportion blame for the breakdown in talks would be unhelpful. On the subject of the reconciliation deal, the EU should stand ready to engage with any Palestinian government which upholds the principle of non-violence, remains committed to achieving a negotiated two-state solution, and accepts all previously accepted agreements and obligations, including recognizing Israel’s legitimate right to exist.

Note the crass lopsidedness in the minister’s announcement. There is no corresponding requirement on the Israelis to “uphold the principle of non-violence, remain committed [if they ever were] to achieving a negotiated two-state solution, and accept all previously accepted agreements and obligations”, or to recognize the Palestinians’ right to exist and to have their own state within secure, internationally recognised and defensible borders.
Hague and his crew never seem to learn. Why the minister for Europe thought it a good idea to utter such words after the latest debâcle is a mystery. As usual, there has been not the slightest glimmer of independent thought or reasoned action anywhere.
Furthermore, it’s time the Foreign Office explained precisely how “legitimate” Israel’s right to exist actually is, starting with what right Arthur Balfour had to promise someone else’s homeland to the Zionists on 2 November 1917 without consulting the indigenous population. He did, however, stipulate that “nothing shall be done which may prejudice the civil and religious rights of existing non-Jewish communities in Palestine”. Why is Britain not upholding those rights?
The Israeli state was unilaterally declared after arm-twisting votes by the General Assembly –  the UN’s junior division – at which the Palestinians themselves and neighbouring Arab states were unrepresented. There were only 56 UN member states at that time. How “legitimate” was that?
Then there’s the raft of UN resolutions the Israelis have not only ignored but openly defied in order to expand far beyond the borders generously allocated in the UN partition.

Options for the Palestinians

Veteran commentator Alan Hart has meanwhile set out some of the real-world options. One is for the Palestinians to abandon their struggle, surrender to Zionism’s will and make peace on its terms. “This would give the Palestinians a few isolated bits of West Bank land, Bantustans, which they could call a state if they wished. In this scenario the Palestinians would be doing what they refused to do in 1948 – accepting their lot as the sacrificial lamb on the altar of political expediency.”
Another choice is to let events take their course as dictated by Zionism. “In this scenario the most likely end game is a final Zionist ethnic cleansing of Palestine.”
A third choice is to “change the political dynamics by demanding and obtaining the dissolution of the corrupt and impotent Palestinian Authority (PA) and handing complete and full responsibility for occupation back to Israel”. This, says Hart, would impose significant security and financial burdens on Israel and would make calling and holding the Israeli regime to account for its crimes somewhat easier.
There is of course a fourth option: the Palestinians go to the International Criminal Court (ICC). This would allow Barack Obama to do a Pontius Pilate, wash his hands of the situation and tell Congress he’s letting the law sort it out. It would then be his duty – and that of all states party to the UN Charter – to ensure that the rulings are implemented. That would surely put him above reproach, at least as far as the Palestine situation is concerned, and take him some way towards earning that Nobel peace prize.

What the EU should do

And there’s a fifth, which Hague should take with him to the meeting on 12 May: suspension of the EU-Israel Association Agreement. This governs not only EU-Israel relations but Israel’s relations with the EU’s other Mediterranean partners, including the PA.
Eager to enjoy the association’s special trade privileges Israel undertook to show “respect for human rights and democratic principles”. Article 2 states that this is an essential element of the agreement and allows steps to be taken to enforce the contractual obligations regarding human rights and to dissuade partners from pursuing policies and practices that disrespect those rights.
Given Israel’s contempt for such principles, the EU – had it been an honourable organization – would have enforced Article 2 long ago and suspended Israel’s membership until the regime fully complied. Israel relies heavily on exports to Europe so the EU could by now have leveraged an end to the brutal occupation of the Holy Land instead of always rewarding it.
There is no shortage of remedial actions, just a chronic lack of guts, integrity and common sense.