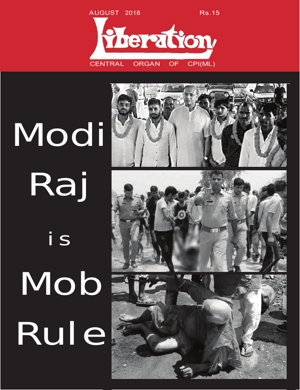 — Arun Kumar
In the month of July, people’s movements and organisations across the globe remember Frantz Fanon, a revolutionary author and journalist, whose work inspired numerous anti-colonial and anti-imperialism struggles across the world, and continue to do so. His classical work, The Wretched of the Earth analyses the dehumanizing effect of colonisation and looks at it through the perspective of the colonised. Many considered it as the Communist Manifesto of the anti-colonial movements dwelling into the emotional aspect behind revolution. He writes, “When we revolt it’s not for a particular culture. We revolt simply because, for many reasons, we can no longer breathe.”
Resistance and revolt against the oppression and injustice continue to grow across the globe as we witness a rise in neoliberalism and right wing populist onslaught on the people. Various unions and movements from India, Cambodia, South Korea, Thailand, Laos, Myanmar, and Asian countries are meeting in Bangkok to form a regional strategy against the proposed mega free trade agreement (FTA), Regional Comprehensive Economic Partnership (RCEP). These trade unions, farmers’ movements and other people’s organisations are opposing Asia’s biggest FTA, which will deal a blow to the poor and least developed countries in the region. The agreement will impact half of the world’s population including 420 million small family farms that produce 80 % of Asia’s food. In India, which is witnessing a rise in the number of farmer suicides, the RCEP will lead to free access to foreign corporate giants like New Zealand’s Fonterra – the world’s biggest dairy exporter. This would adversely affect the dairy corporates and farmers in India.
While at a global level, the mainstream media is going gaga around Amazon CEO Jeff Bezos being declared as the ‘richest man in modern history’, his employees continue to struggle against poor and hazardous working conditions in the company. Across Europe, Amazon workers went on strike on the Amazon Prime Day (July 10-16) demanding better conditions, pay, and health benefits. In Spain, Amazon workers on strike were beaten up and met with police brutality.
In Swaziland, hundreds of workers at the Trade Union Congress of Swaziland (TUCOSWA) were attacked by the police on June 29 as they marched to the office of the Vice President to hand over a petition against various anti-working class policies and the corruption under the government of King Mswati III. The East African country is an absolute monarchy where all political parties are banned.
Speaking to the international media organisation, Peoples Dispatch, Muzi Mhlanga, Acting General Secretary of TUCOSWA, said “the workers demanded that minimum wage be increased from the current E600 (Swazi emalangeni) a month (for a skilled worker). The minimum wages were last raised in 2011.”
TUCOSWA is demanding a minimum wage of E3,500 a month so as to meet the cost of living in the country. The protesters are also demanding an elderly pension of E1500.
Condemning the increasing attack on the working class, the petition demanded overtime payment for 12 hours of work, the reinstatement of long service benefits, the scrapping of taxes on benefits and an end to the influence of labour brokers (contractors/middlemen).
Speaking about millions of dollars spent on the King’s lavish birthday party, allegedly from pension funding, the workers are demanding an investigation into the corruption. The Communist Party of Swaziland, which is in exile in South Africa, in a statement said that “about 70 percent of the people of Swaziland survive on less than US$2 a day, but on 19 April 2018, they were forced to pay over E1 billion (about US$75 million) to finance Mswati’s birthday party.”
On June 26, thousands of people took to the streets in Casablanca in Morocco against the jailing of four leaders of the Riff movement. The Riff movement began in 2016 and witnessed thousands rising in protest against the killing of a fish vendor, Mohcen Fikri, in a garbage compactor in the city of Houcemia. As the movement grew demanding justice for Mohcen and social rights (constructions of hospitals, employment, schools), the country’s authority unleashed a huge crackdown arresting thousands of people.
This region in northern Morocco has for long been a source of inspiration to emancipation movements in the country and across the world. The Riff was the site of one of the first anti-colonial wars in the 19th century against the the French and the Spanish.
The protesters sloganeering and singing demanded freedom for political prisoners and said: “The regime came into its end… our struggle has just started”
Meanwhile in United Kingdom, massive protest programs were organised against the visit of United States President Donald Trump. On his arrival on July 12, he met with protests outside the US embassy with more than a lakh protesters exclaiming ‘bigot go home’. The South Asia Solidarity Group (SASG) joined the protests with placards against the fascist partnership between Trump and Modi. In Brighton, over 500 anti-fascists marched, singing and chanting, “Brighton united, we’ll never be defeated” and “Say it loud, say it clear, refugees are welcome here.”
45 years after the murder of iconic Chilean folk singer and revolutionary Victor Jara, nine military officers who organised his assassination were finally convicted. Jara, a member of the Communist Party of Chile was assassinated on September 15, 1973 in the Chile Stadium, 4 days after a US orchestrated military coup that overthrew socialist president Salvador Allende.