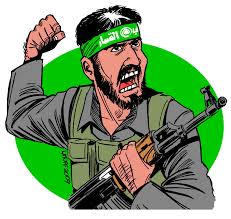 A group of employees working with international organisations active in the Gaza Strip have been found to be carrying out activities against the resistance, security website Al-Majd reported yesterday.

Security sources told the Hamas owned website that the group was found to be carrying out doubtful activities related to work sites for the Palestinian resistance.

Later on, the workers of international aid organisations were questioned and they recognised that they are connected to international intelligence services.

The foreigners recognised that they were asked to record footage of resistance work sites such as tunnels, military bases and other sensitive places, in addition to monitoring military movements in Gaza.

The security source reiterated that these collaborators used their work with the international aid organisations to cover-up their anti-resistance acts.

At the same time, they recognised that they are run by international intelligence services connected with the Nazi occupation.