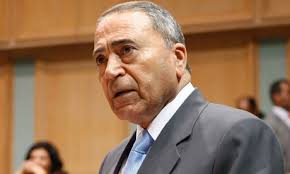 Some 1,300 Jordanians have so far joined the militants out of whom more than 200 have been killed, Bakhit said in speech in the Jordanian capital Amman on Sunday.

The former premier estimated that there are between 2,000 and 4,000 Jordanians active in the Takfiri stream.

Bakhit added that Iraq’s status quo is dangerous and would have security consequences for Jordan and other regional countries.

The ISIL Takfiri terrorists currently control parts of Syria and Iraq. They have threatened all communities, including Shias, Sunnis, Kurds, Christians, Izadi Kurds and others, as they continue their atrocities in Iraq.

Senior Iraqi and Syrian officials have blamed Saudi Arabia, Qatar, and some Persian Gulf Arab states for the growing terrorism in the region.

The terrorist group has links with Saudi intelligence and is believed to be indirectly supported by the Israeli regime.

The United States started conducting airstrikes on the ISIL only after US interests were threatened by the militants.