Home » Post Page » How To Stop Being Terrorists: A Guide For ISIS ''VIDEO''

How To Stop Being Terrorists: A Guide For ISIS, Courtesy Of The MEK ”VIDEO” 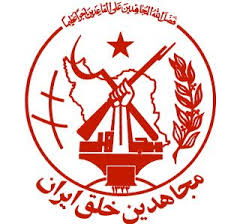 An Iranian group shows that as long as you stop being violent, it’s possible to gain supporters in the U.S. government and get removed from the Foreign Terrorist Organizations list — especially if your end-game is to overthrow the current Iran regime and take over.
By Sean Nevins

“It was the Mujahedin-e Khalq that killed with guns American Generals and also blew up nests of spies, like America’s information office… ”
[Mojahed – Number 77, Page 2]

The MEK and its supporters also claim that the group was not involved with the U.S. Embassy hostage crisis and that it did not support it in any way.
Bloomfield: “This one is very black and white, and misunderstood. And, frankly, allegations that the MEK were behind the embassy takeover, and were promoting keeping the Americans hostage only surfaced in detail a few years ago.”
The problem with this statement is that the MEK clearly promoted the 1979 embassy takeover in its newspaper.
The headline to the article in this issue of “Mojahed” says:

“We are happy that this time they targeted the real Shah, which is America’s imperialism; The nest of the spies has been seized!”
[Mojahed – Number 10, Front page, November 12, 1979]