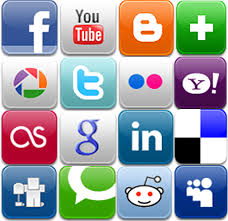 As father of a teenager I found this discussion on how that age-group uses social media very interesting. It’s a post by 19 year old Andrew Watts from UT Austin. You can obviously read the full post but if you want the very much abridged highlights, here you go. Definitely read to the end for a perfect narrative on how each media is used on a night out 😉

Snapchat – This is where it is at. People can be themselves while maintaining their identity. It is more intimate and has less social pressure. The advent of “My Story” is crucial. (Note: MyStory is where people upload a few photos in an album and it is available for 24 hours). Many are still suspicious though that Snapchat don’t remove the pictures from their server.

Instagram – This is the most used i.e. not by membership but by amount posted by teenagers. It has a delightful lack of parents, newsfeed curation and “links”. Also the infrequency of posts and content quality are appreciated. It is also not flooded with the older generation meaning it is still pretty “hip”.

Twitter – Many people in this age group just don’t understand it what it’s for. There are core groups that post and some groups that listen but it isn’t easy to find friends on the platform. It’s public nature means that people are concerned with “being themselves” hence less relaxed.

Tumblr – It is like a secret society that everyone can be in, a judgement free zone. You can choose your community by who you follow and the engagement through liking and re-blogging makes it very rewarding. It definitely has potential.

He also covers Medium, Pinterest (mostly for women) and the service YikYak.YikYak, which is mostly in North America, is in particular interesting because it is location driven, anonymous and is ranked based on content. This also means it can fall silent during holiday times when people leave campus. There is little mention ofSecret amongst his peers.

But the clearest, simplest narrative is what he says here about the “night out”

In conclusion, the usage of social media is certainly not on the wane amongst the young. In fact it’s increasing but the ubiquity of social media has driven segmentation and different platforms catering for different age groups.

The only obvious rite of passage is moving on to LinkedIn when people’s career becomes more relevant. It is also clear that Yahoo’s acquisition of Tumblr was probably clever and one can see why Facebook were targeting Snapchat and why they refused the offer.

Finally, I’d like to point out that I first saw this post by Andrew analysed on Pando Daily. Their article is linked here.