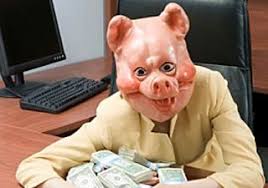 
As civil war roars on in Libya and Colonel Muammar Gadhafi vows to remain in power, reports surfaced that the Northern African country entrusted $1.3 billion through its sovereign wealth fund to Goldman Sachs in 2007, of which the investment bank lost approximately 98%, sparking the ire of Libyan officials.  The fascinating drama includes Goldman offering Libya preferred equity and debt which could’ve made it one of the investment bank’s largest shareholders during the onset of the crisis, as well as intimidation and violent threats by Libyan officials.

Libya’s sovereign wealth fund, the Libyan Investment Authority (LIA), was among many funds set up by emerging economies to grow their export-based riches.  When the U.S. government lifted sanctions in 2004 prohibiting American firms from doing business with and investing in Libya, Western financial institutions flocked to the oil-rich nation, according to a recent investigation by the Wall Street Journal.

Recent information, derived from “interviews with close to a dozen people who were involved in the matter, and on Libyan Investment Authority and Goldman documents,” show that Goldman essentially lost all of Libya’s $1.3 billion investment in option contracts on a basket of currencies and six stocks. (Read Amidst Rumors That Gadhafi’s Been Shot, Swiss And Brits Freeze His Assets).

Goldman executives including Youssef Kabbaj, executive in charge of North Africa, and Driss Ben-Brahim, an Arabic-speaking emerging-markets trading chief, met with Zarti and Gheriani in London and in Libya’s capital, Tripoli.  After an initial investment of $350 million in two of Goldman’s most exclusive funds, the Libyans were ready for more.

But, as the crisis kicked in, the underlying securities took a nose dive, taking the value of the investment down to just $25.1 million by February 2010, a mere 2% of the original investment, according to internal Goldman documents.

Massive losses sparked the ire of Zarti, who met with Goldman’s Kabbaj and another employee at the LIA’s headquarters in July ’08 and, “like a raging bull,” cursed and threatened the Goldman employees.  Zarti, according to the Journal, is a close friend of Col. Gadhafi and maintains close ties with the Col.’s London School of Economics-educated son, Saif al-Islam Gadhafi.  Kabbaj and the other Goldman employee were assigned body guards until they left the country the next day.

In their attempts to fix the relationship and make up for the losses, Goldman executives offered Libya various investment options that included large stakes in the company.  Negotiations which included CEO Lloyd Blankfein, CFO David Viniar, and European top exec Michael Sherwood, resulted in the company offering to finance a $3.7 billion investment that would give LIA $5 billion in stock and a payment of 4% to 9.25% annually for 40 years.  There were other offers including preferred shares, unsecured debt, a special purpose vehicle in the Cayman Islands, and investments in credit default swaps.

After meeting for the last time in June 2010, the deal never materialized.  As of that date, the LIA had about $53 billion in assets.  In 2011, after civil war erupted in Libya and Gadhafi said he would not step down, the U.S. government seized about $37 million in Libyan funds, including some still managed by Goldman Sachs, according to the Journal.